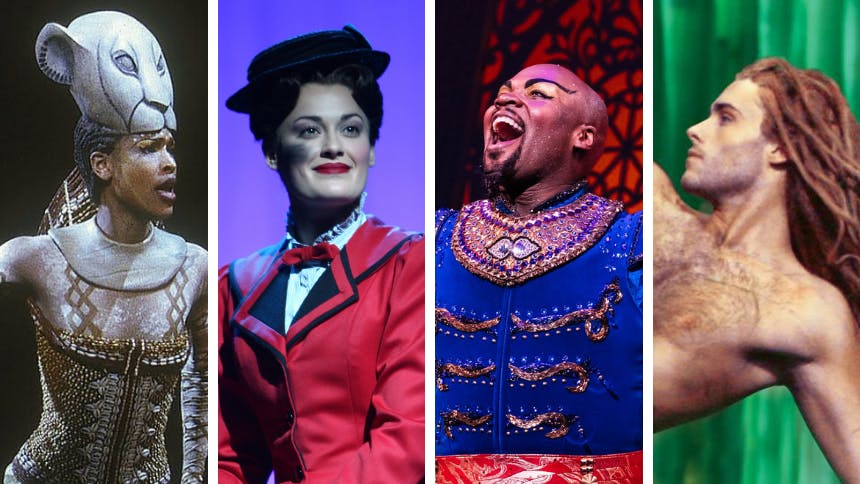 "When You Wish Upon A Star" sometimes you get magical surprises like this special Disney on Broadway concert event!

From July 22 - 25, 2021, Broadway's New Amsterdam Theatre will be filled with the sounds of Disney classics as Disney On Broadway presents Live at the New Am: A Benefit Concert for The Actors Fund. The limited concert series will mark the reopening of the iconic theatre on 42nd Street and honor the phenomenal assistance The Actors Fund has provided to members of the entertainment industry over this intermission.

Starring in the series are four dazzling members of the Disney On Broadway family: Ashley Brown (Mary Poppins), Michael James Scott (Aladdin), Kissy Simmons (The Lion King) and Josh Strickland (Tarzan). Have a look at them here in their respective shows:


Kissy Simmons in The Lion King


To "be prepared" for this exciting concert, we're taking a trip down memory lane at Walt Disney World Resort's Epcot! These four dynamic performers have performed Disney classics in the park as part of various musical and festival celebrations. Enjoy and don't forget to get tickets for Live at the New Am: A Benefit Concert for The Actors Fund right in the heart of New York City!


"Part Of Your World" (The Little Mermaid)


"Under The Sea" (The Little Mermaid)