Transformation Tunesday: "Alexander Hamilton" Is Not Throwing Away His Shot 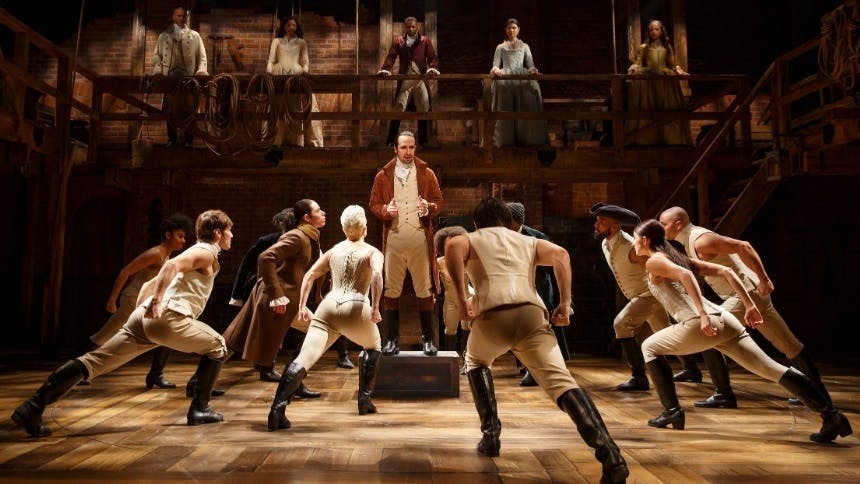 "My name is Alexander Hamilton" "...and I am not throwin' away my shot!"

Transformation Tunes: "Alexander Hamilton" and "My Shot" from Hamilton, by Lin-Manuel Miranda

The full circle trajectory of these tunes from Washington D.C. to Broadway and back is so once in a lifetime. On May 12, 2009 - Lin-Manuel Miranda debuted "Alexander Hamilton" with an assist by longtime friend and Tony winning music director Alex Lacamoire. You have to watch Alex who is bursting with happiness and excitement with his incredible accompaniment. Their performance on the night celebrating An Evening of Poetry, Music & The Spoken Word might have prompted some laughter but wow did he get applause once the number was over. To think also that this performance occurred before the entire Hamilton phenomenon began. Lin delivers each lyric with such passion as he plays each character in this unique performance. You can note the different inflections in his voice for each role (and some of the original lyrics!). We'd be snapping along with Michelle Obama if we were there!


At one of New York City's most beautiful performance venues, The Appel Room, with a gorgeous view of Manhattan, "My Shot" was performed in the twelve song The Hamilton Mixtape American Songbook Concert by Lin and future Hamilton star and Tony winner for Aladdin, James Monroe Iglehart. James has been a longtime collaborator of Lin's with the improv comedy hip-hop group Freestyle Love Supreme which made their own Broadway debut in 2019. You'll also notice that they are joined onstage by future Angelica Schuyler, Mandy Gonzalez - Nina from Lin's first Broadway musical In The Heights. Fun fact, back in 2012 this concert was performed on January 11th which is Alexander Hamilton's birthday. The song is pretty similar to the final product with a few lyric changes and of major orchestrations forthcoming.


Three years after the original The Hamilton Mixtape concert, "history is happening in Manhattan" when Hamilton begins its Off-Broadway critically acclaimed run at The Public Theater. In this montage featuring "My Shot," we get a glimpse of the show where Andy Blankenbuehler's future Tony winning brilliant choreography has been added with Paul Tazewell's future Tony winning impeccable costume design and future Tony winning Howell Binkley's beautiful lighting design. The performances are divine and showstopping. One of the most noticeable changes is the ending of "My Shot" which had a call out to "Alexander Hamilton" in this Off-Broadway run.


"History has its eyes on you" Hamilton! The two songs on three time Tony nominee David Korins' unbelievably grand set with turntables is like the fireworks finale on the 4th of July. On Broadway with its lush orchestrations, its finalized score, the legendary performances speak for themselves.


"You'll be back" Lin! Except this time, he brought the entire Broadway cast. Performing a number of hits from the show back in The East Room on March 14, 2016 for local area students - the original Broadway cast was part of a day celebrating the arts in America hosted by President Barack Obama. By this time, the show was incredibly popular so this proved a unique opportunity for these lucky students! Standing at a row of microphones, the cast assembled with once again Alex Lacamoire conducting Lin and company on this fantastic score. Full. Circle. Moment.


5 years since the show's Off-Broadway premiere, the original Broadway cast reunited on Zoom to perform a very special "Alexander Hamilton" for fan Aubrey on John Krasinski's "Some Good News" series. It's as if no time has passed at all!