Hot Clip of the Day: Liza Minnelli Sings for Stonewall 25 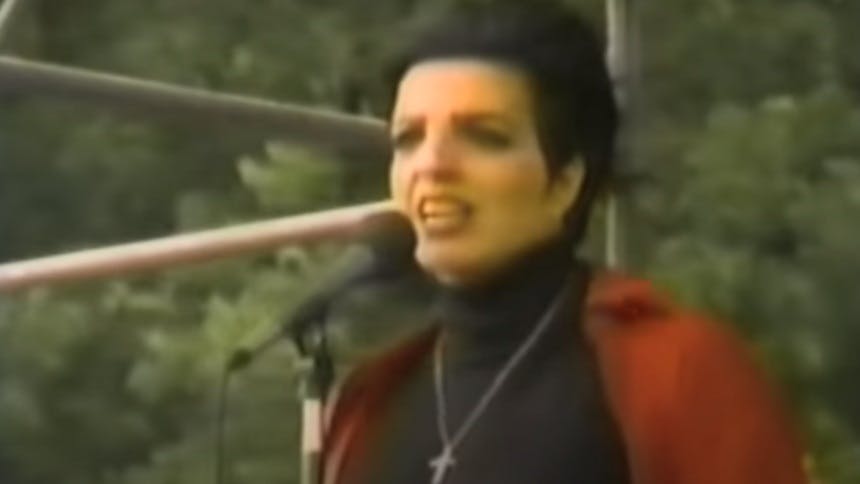 
Ulterior Motives: On June 26, 1994, 26 years ago tomorrow, there was a massive gathering in New York City's Central Park for 'STONEWALL 25' commemorating the 25th anniversary of the 1969 Stonewall riots. On June 22, 1969, Hollywood legend, and Liza's mother, Judy Garland passed away. For this special Pride celebration, Liza appeared before this glorious audience with her message of support and the tribute that her mother would be so happy.

Ultimate 🙌 🙌 moment: Liza Minnelli singing a Kander and Ebb song is a match made in songwriting heaven. Liza released this song on 1993's World AIDS Day on December 1, 1993 to raise funds for amfAR, the Foundation for AIDS Research. At 4:17, with the church bell chime in the orchestrations, the trees swaying in the breeze - it's an other worldly moment. When Liza sings in her lower register, she really channels that special place in her mother's voice. It's an incredibly magical combination of the enormity of the event, the performer, the city and the song.

Newer
Getting Ready! '13' The Musical Company Reunites This Sunday for Virtual Reunion!
Older
Broadway Princess Party's FROZEN Covers Are Lovely Overtures to 'Into The Unknown: Making Frozen 2'
Sign up for BroadwayBox Discount Alerts