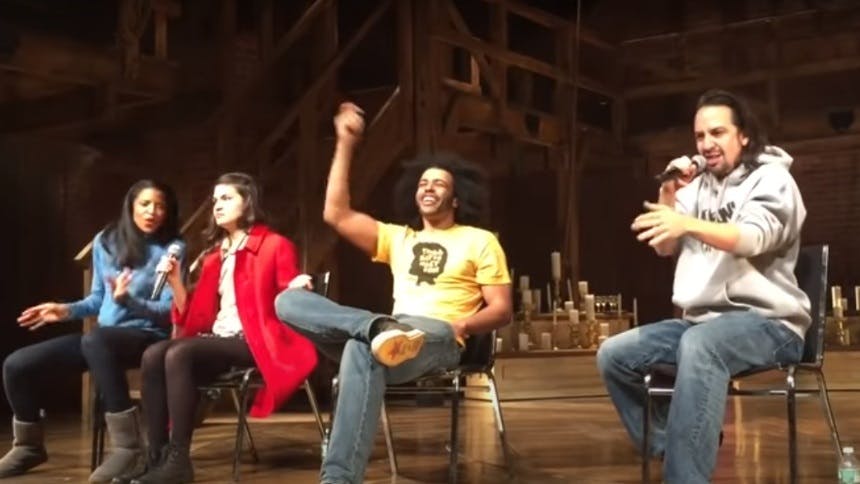 
Ulterior Motives: It's the start of #HamilWeek here at BroadwayBox celebrating Hamilton's premiere on Disney+ and we're kicking it off with a song from the Hamilton cutting room floor. According to the show's YouTube channel, Lin and company performed this cut song detailing Alexander Hamilton's potential response to a comment by John Adams during a post-show talkback onstage at Broadway's Richard Rodgers Theatre.

Ultimate 🙌 🙌 moment: We don't know which cast member is more excited this performance is happening, Lin or Renée. Her joy, excitement and dancing is so infectious! There are rhythm patterns in this song that mirror "Guns and Ships" at 0:26 - 0:31 and throughout. Our ultimate moment though without a doubt is at 0:55 - 1:04 when Renée jumps for joy out of her chair and Daveed Diggs gets up and walks around his own.

Newer
Going on a Choreo Spiral with The "Non-Stop" 3 Time Tony Winning Andy Blankenbuehler
Older
Hot Clip of the Day: Preview the All Star THE NIGHT LARRY KRAMER KISSED ME
Sign up for BroadwayBox Discount Alerts