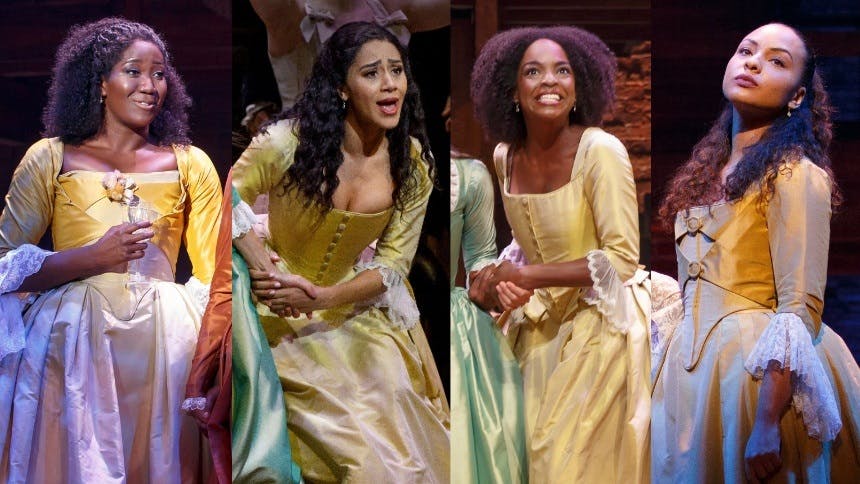 When you think of Hamilton's amazing song "The Schuyler Sisters" - what is the first lyric that comes to your mind?

Miss Peggy Schuyler has been played in Hamilton by some of the most talented women in musical theatre right now. As audiences will see in the show's Disney+ premiere this Friday, the actress portraying Peggy, Jasmine Cephas Jones in her Broadway debut, also portrays Maria Reynolds. This actress' track and ultimately superpower is that not only do they have one of the show's most iconic lines in the show but she is the only actress playing two characters like three of her fellow male principal cast members. Work!

Take a moment to discover some outstanding performances by the incredible actresses that have stepped into Peggy Schuyler's shoes across the United States with sisters Angelica and Eliza in awesome three part harmony.