The Women of Pretty Woman, A Big Belting Powerhouse 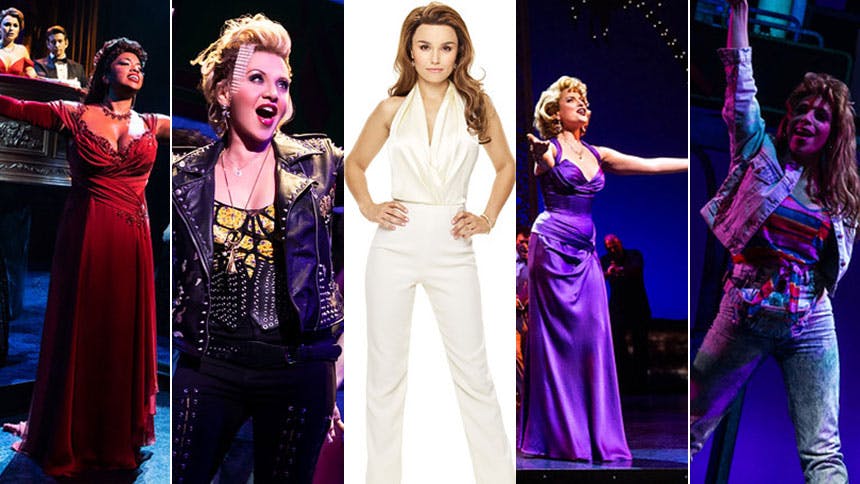 The talent onstage at Broadway's Pretty Woman is truly something to be seen. And while the guys are just as fantastic, today it's all about the women in this musical. Every single one of the ladies in that show is a total star in her own right: you've got leading lady Samantha Barks, Tony nominee Orfeh, the hilarious Ellyn Marie Marsh, and many more. Scroll on as we salute each of the ladies and their incredible voices in this YouTube spiral.


Samantha Barks does not disappoint in her Broadway debut. The reality TV star turned West End leading lady has so much charm and talent. We all fell in love with her as Eponine in the Les Miz movie, but as Vivian Ward she is next level radiant. Also that "Defying Gravity" made me seriously think, should she play Elphie on the big screen?


We are shameless in our awe and adoration of Tony Award nominee Orfeh and that one of a kind voice. In Pretty Woman, she is serving you all the vocals and sass you loved in Legally Blonde plus some, and it's everything.


A constant delight in musicals like Kinky Boots and Priscilla Queen of the Desert, Ellyn brings it to the next level in Pretty Woman as one of the nasty saleswoman and as a hilarious socialite at the polo match. Also, that belt don't quit.


Allison Blackwell got our attention in a major way with her performance as Ms. Aretha Franklin in A Night with Janis Joplin, and in Pretty Woman, she has an opera moment that leaves your jaw on the floor. Also, this "I Dreamed a Dream" is no joke, get ready.


This former Elphaba understudy is the current Vivian understudy at Pretty Woman. She's also sung her face off in Kinky Boots and American Psycho.


You may recognize Renée as Frank Valli's memorable wife, Mary Delgado, in the film adaptation of Jersey Boys. She is the fierce AF dance captain at Pretty Woman, and she's previously appeared in Chaplin, Jersey Boys, Wonderland, and West Side Story.


Jillian made her Broadway debut as Who in How the Grinch Stole Christmas!, then she was a teen in Bye Bye Birdie, and now she's the one of the Vivian understudies in Pretty Woman. On tour, she's starred in both Flashdance and as Baby in Dirty Dancing.


Pretty Woman is Jennifer's seventh Broadway show. Past credits include West Side Story, On Your Feet, Spider Man and the most recent revival of Sunday in the Park with George, which inspires this beautiful unplugged arrangement.

Check out these incredible ladies in 'Pretty Woman' at Broadway's Nederlander Theatre.