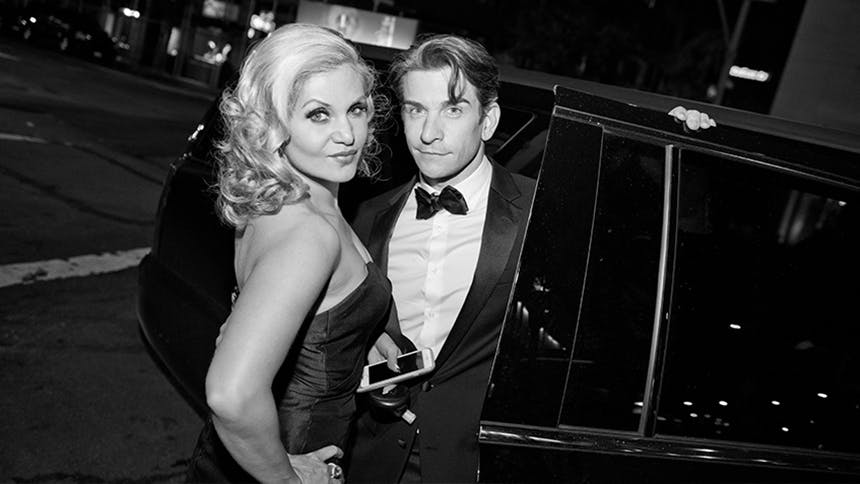 . Hope the roof has been reinforced because these two have a tendency to blow it off whatever building they are singing at.


After the one-two-punch of Rocky and On the Twentieth Century, Karl returns to Broadway this spring in Groundhog Day. In his New York Times review, Ben Brantley recently said the new musical transforms “Mr. Karl into the top-of-the-heap musical star he has long deserved to be”.


And that’s f#cking awesome, but Broadway really needs Orfeh back too. The Tony nominee for Legally Blonde who slayed the house down in Saturday Night Fever and Trailer Park needs to lend her incredible pipes to some of Broadway’s most beloved scores. Here are 15 roles we’re hoping to see Orfeh play on Broadway, off-Broadway, Encores! or a YouTube bootleg.

I could close my eyes and see her slinking around with a fur and a cigarette holder as the bored, rich socialite. Plus, she’d get to sing “Bewitched, Bothered, and Bewildered” and “What Is a Man”.


Just imagine her doing the “when are we going to make it" scene and her belting the “rises” of “Ladies Who Lunch”. She’d bring the sex appeal and power to one of theatre’s great roles.

After all she’s just an ordinary housewife and mother,  just like all you housewives and mothers out there.


WTF?! How has she not already played this role? Seriously. That “Funny Honey”...her “Roxie”...COME ON BROADWAY!

The queen of shade Bea Arthur originated the role, we need a revival desperately (hopefully starring Jane Krakowski), and Orfeh would slay “The Man in the Moon” with her rich, low tones.

Miss Mona Stangley in The Best Little Whorehouse in Texas


This feels like a no-brainer. Also, I’d love to see her co-star in this with her hubby, Andy Karl.

The Witch in Into the Woods

That voice on “Stay with Me” and “Last Midnight”, serving the wretched Witch of the first act and the high glamour of act two. It would be EPIC.

Aurora in Kiss of the Spider Woman


How have we still not had a revival of this yet?! There’s something really commanding about Orfeh that I think she’d sell what needs to be sold as the vampy movie star.


I just want to hear what she’d do with “Only in New York” and "Long as I’m Here with You”. This role needs a diva, and she’s the one I’m rooting for.

The lineage should go: Linda Hart, Michelle Pfeiffer, Kristin Chenoweth, and Orfeh. She would nail the whole wicked with a wink thing you need for Velma, and sing the shit out of “Miss Baltimore Crabs”.

Aldonza in Man of La Mancha


The very least she can do is perform “It’s All the Same” in concert somewhere! This spitfire is Orfeh 101.

There’s a camp side to her that would be hilarious as the Billy Elliot dancer teacher.


I get it, but if you are familiar with the Phantom sequel, you’d know what a great villain Madame Giry becomes (2:10 in this video). She would leave audiences chilled.

Imagine those wonderful Charles Strouse songs he wrote for Lauren Bacall but sung with all the fire and music of Orfeh.

Anna in The Rink


This would bring two things I long for together: An Orfeh return and a Rink revival. As the spicy, independent Italian mother, Orfeh would have so many opportunities to shine and remind everyone what a singular talent she is.

But until our dreams turn into reality, see Orfeh and Andy Karl in ‘Legally Bound’ at 54 December 8-14.

Feinstein's/54 Below
Best Priced Tickets
Newer
Exclusive! Watch Lilli Cooper's Exceptional "Come To Your Senses" Live from the Tick, Tick...BOOM! Revival
Older
Hot Clip of the Day: Hairspray Live!'s Jennifer Hudson Won the Night with "I Know Where I've Been"
Sign up for BroadwayBox Discount Alerts