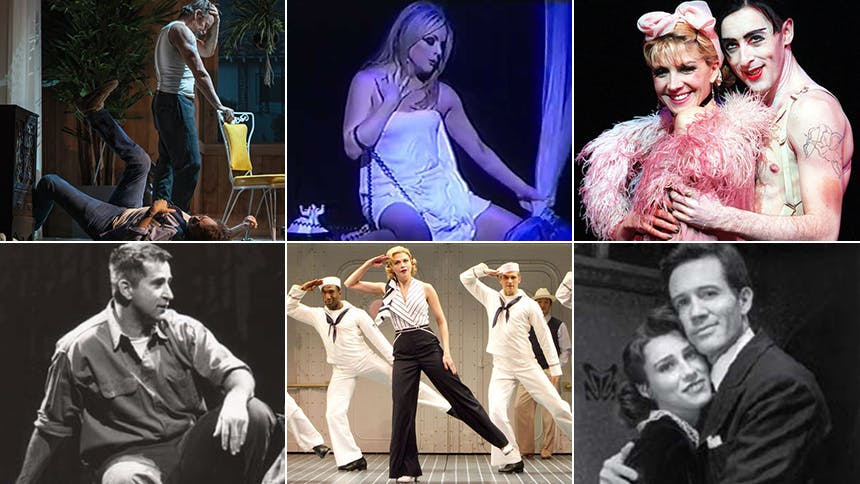 Ethan Hawke is giving a performance that has to be seen as Lee in Roundabout Theatre Company’s revival of Sam Shepard’s dramedy about sibling rivalry and Hollywood in the ‘70s, True West

. Ethan has long been considered a peerless actor (with four Oscar noms and a Tony nom to his name) and to watch him dig into this abhorrent character and bring the play to new heights is truly a theatrical experience. He stars opposite the incredible Paul Dano as Austin and the wonderfully grounded Marylouise Burke as their mom.


Ethan Hawke's performance in True West should most definitely be at the forefront of Tony nominators and voters’ minds come spring, and that got us thinking about all the actors before him who took home Tony Awards for their work in Roundabout Theatre Company produced plays and musicals. Scroll on to find out who’s on the list.


Anthony LaPaglia, A View From the Bridge, 1998


So things get a bit tricky because everyone on the list won for shows in which Roundabout was the lead producer, but we also have to mention that Reed Birney and Jayne Houdyshell won Tony Awards for The Humans in 2016 (which was produced on B'way by Scott Rudin along with RTC but debuted off-Broadway as a Roundabout production) and Stockard Channing who won for Joe Egg in 1985 (which RTC did not produce on Broadway but was originally produced off-Broadway by them).

True West
Best Priced Tickets
Newer
10 Featured Performances To Watch Out For This Spring Season on Broadway
Older
The Women of Pretty Woman, A Big Belting Powerhouse
Sign up for BroadwayBox Discount Alerts