#TBT: Watch Ado Annie’s Oklahoma! Showstopper “I Cain’t Say No” Through the Decades 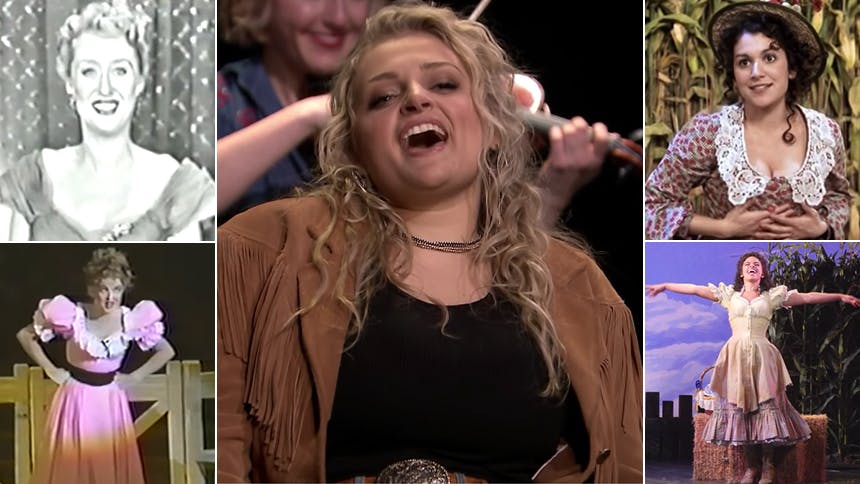 When Rodgers and Hammerstein first debuted their musical Oklahoma!

in 1943, it defied expectation and set the standard for what a book musical could be. Now, the latest Tony Award-winning Broadway revival is changing the game once again with a production so powerful, dark, and dangerous, you feel like you’ve never really seen Oklahoma! until this.


If you want an example of how this Oklahoma! compares to others, look no further than the Tony Award-winning performance of Ali Stroker as Ado Annie. Here is her big showstopper, “I Cain’t Say No”, and below are six other renditions of the number through the years.


Hurry to Broadway’s Circle in the Square Theatre before January 19 to see Ali Stroker in this revolutionary new production of Oklahoma! before it’s too late.