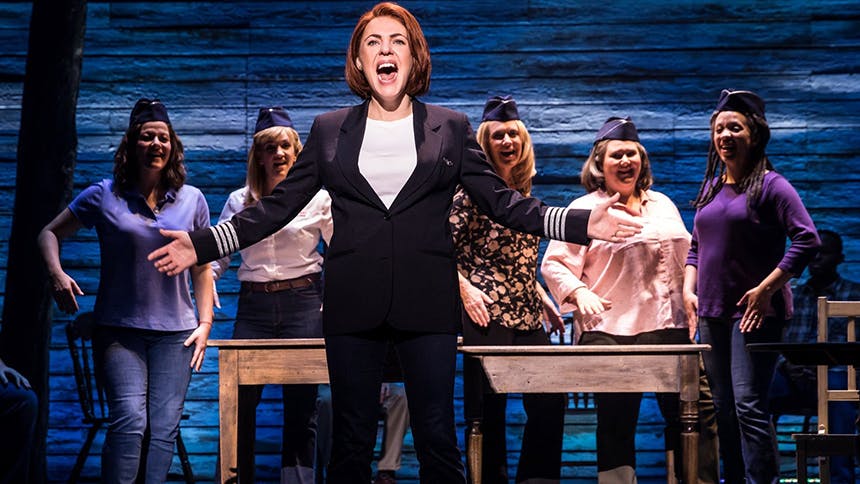 The hit Broadway musical Come From Away

is about to board its third Beverley Bass as Olivier nominee Rachel Tucker signs on for duty beginning March 3. The former star of Broadway’s Wicked and The Last Ship opened the musical in London to great acclaim (and an Olivier nom), and Broadway audiences can’t wait to hear that epic voice sing “Me and the Sky” live.


Rachel first came to international attention in 2008 as a finalist in the Andrew Lloyd Webber reality competition I’d Do Anything. She didn't win the role of Nancy in Oliver, but she sure won hearts the world over.

“The Wizard and I” & “Defying Gravity”

She joined the ranks of Epic Elphies thanks to her UK and Broadway runs in Wicked. Just listen to her sing this score so effortlessly.

“She Used to Be Mine”


Now for a quieter moment. Just acting beats and vocals, nothing more, nothing less. I would have loved to see her Jenna.

“Waving Through A Window”


Here Rachel is taking on another current B’way hit in her Feinstein’s/54 Below concert from a few years back.


This is a number from Sting’s short-lived Broadway musical The Last Ship, which Rachel made her Broadway leading. It’s really haunting.

“Stars and the Moon”


She covered this Jason Robert Brown standard on her debut album The Reason in 2013, and she brings such warmth to it.

“Take Me or Leave Me”


Rachel joined Broadway’s own Marisha Wallace over at West End Live to slay the children and knock this Rent duet out of the park. Just when you thought, I don’t need another “Take Me or Leave Me” cover, these two prove you wrong.

“No More Tears (Enough Is Enough)”


Another epic duet, here she is with fellow Wicked queen, Shoshana Bean, singing Donna and Babs for London.


Rachel does hands down one of the best versions of the Kerrigan and Lowdermilk song you will hear anywhere.


Ending with an Elsa moment. We are not worthy.

Don’t miss Rachel Tucker in Broadway’s ‘Come From Away’ at the Schoenfeld Theatre beginning March 3.