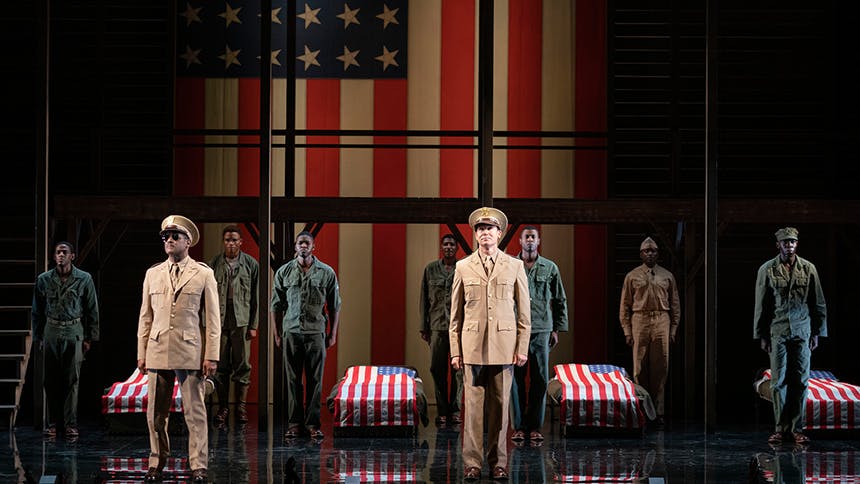 Charles Fuller's 1981 Pulitzer-winning drama A Soldier's Play makes its debut on Broadway in a starry Roundabout Theatre Company production that has everyone buzzing. Set at a Louisana Army Base in 1944, the play surrounds the murder of the loathsome Sergeant Vernon C. Waters (three-time Tony Award nominee David Alan Grier) while spotlighting racism in America and in the armed forces at that time. Check out the montage and then watch three short clips from the play.

Time to Teach You a Lesson


Then the Waters & Peterson’s exchange comes to a boil as Waters challenges Peterson to a fight.