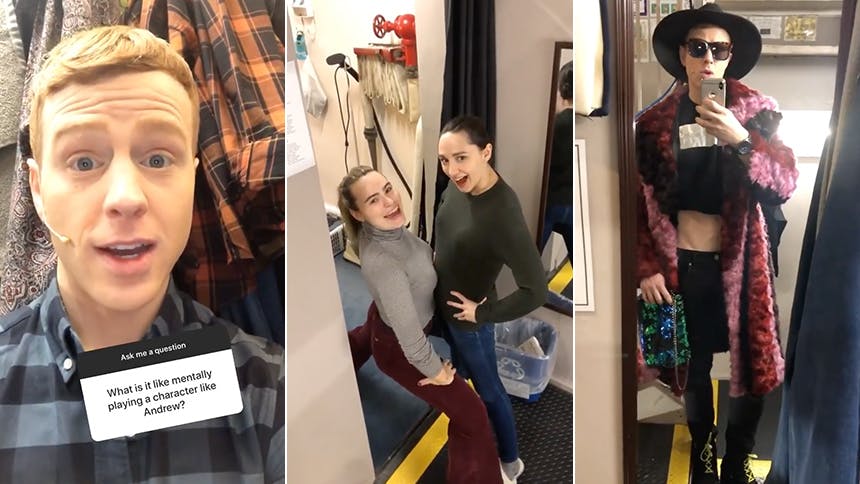 . Andrew is involved in one of the Jagged's heavier storylines—he's a star athlete who derails the lives of Nick (Derek Klena) and Bella (Kathryn Gallagher) after a drunken night at a high school party. Logan has been with the Alanis Morrissette musical since its world premiere and, before that, he toured with The Book of Mormon.


On Saturday, January 18, 2020, Logan took over the BroadwayBox Instagram to give followers a super in-depth look into his two-show day at Jagged Little Pill. Check out the recap video below and watch Logan talk about how he handles playing the character of Andrew eight times a week, meet his wonderful castmates, and see what goes on the behind the scenes at the Broadhurst Theatre.