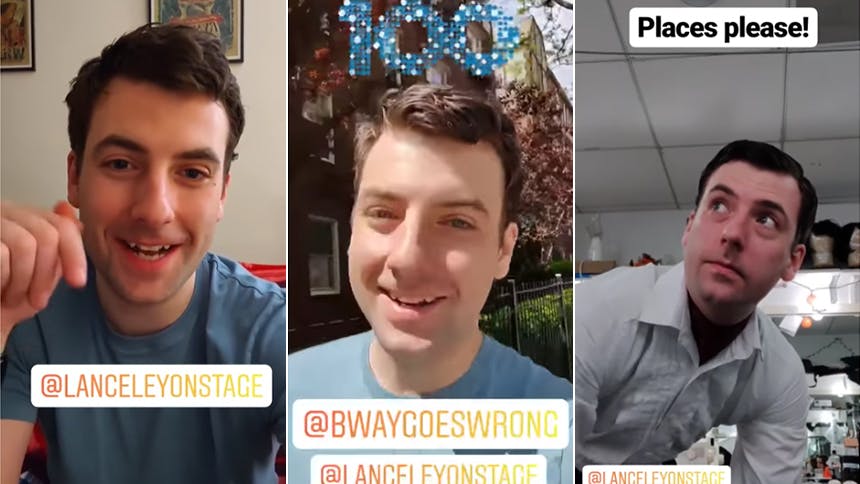 Chris Lanceley co-stars as Jonathan Harris (the murder victim in Murder at Haversham Manor, the titular play within the play) in the hit comedy The Play That Goes Wrong

. The Liverpool native took over the BroadwayBox Instagram on May 18 to bring us behind-the-scenes for a very special two-show day as the Tony and Olivier Award-winning laugh-riot celebrated their 100th performance at off-Broadway's New World Stages. Check out the video below to see Chris' Saturday at The Play That Goes Wrong and to be introduced to your new favorite game, "first sentence".