Hot Clip of the Day: Tina's Adrienne Warren is Simply "The Best" 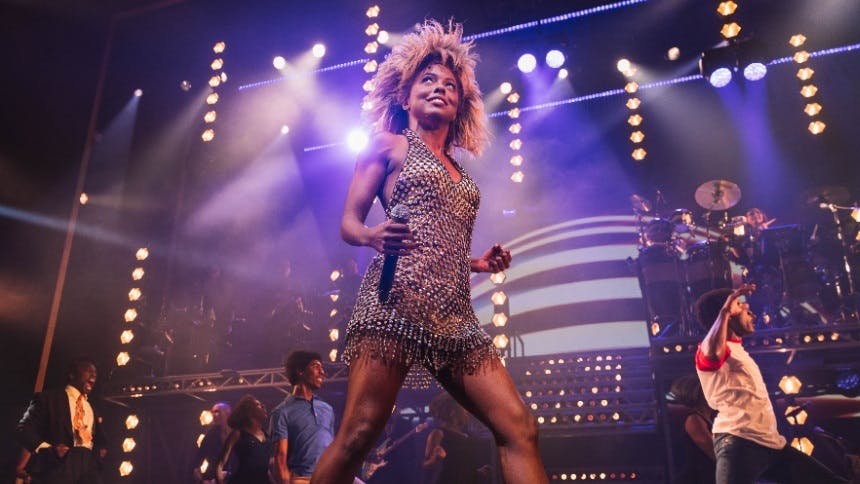 "The Best" from Tina (Adrienne Warren)


Ulterior Motives: The lyrics say it all - she's "SIMPLY THE BEST!" Adrienne Warren - Happy Birthday! The spectacular actress is absolutely mesmerizing portraying music legend Tina Turner in Tina on Broadway. She made her Broadway debut as Danielle in Bring It On following it up with Shuffle Along, Or The Making of the Musical Sensation of 1921 and All that Followed portraying Gertrude Saunders and Florence Mills. Adrienne's performance as Tina began on London's West End after bringing her Olivier Award nominated performance to Broadway where she earned a Drama Desk Award and Tony Award nomination for this season's forthcoming ceremony. Adrienne is not only a dynamic triple threat but also one of the co-founders of the Broadway Advocacy Coalition. In this clip, Adrienne performs the thrilling Tina Turner number on a BBC One program The One Show from February 2018.

Ultimate 🙌 🙌 moment: We. Love. This. Song. Adrienne's transformation into Tina Turner is so remarkable. It's incredibly challenging to choose one moment that we love because we love the whole thing. One of our favorite moments from the clip is hearing Adrienne so lovingly chat about growing up a lifelong Tina Turner fan confessing she's a fan first even though she's playing the title role. How she so captures Tina's mannerisms and iconic voice further showcases the immense talent Adrienne has been wowing Broadway stages with for years. If we had to pick one moment, it would be 3:34 on those "no, no, no"'s into when she brings the energy through the roof at 3:41 like we're at Adrienne's own arena tour. The joy she has throughout but especially at 3:59? Magic! Watch the whole thing! Happy birthday Adrienne!!