35 Life Lessons We Learned From Daphne Rubin-Vega in Rent 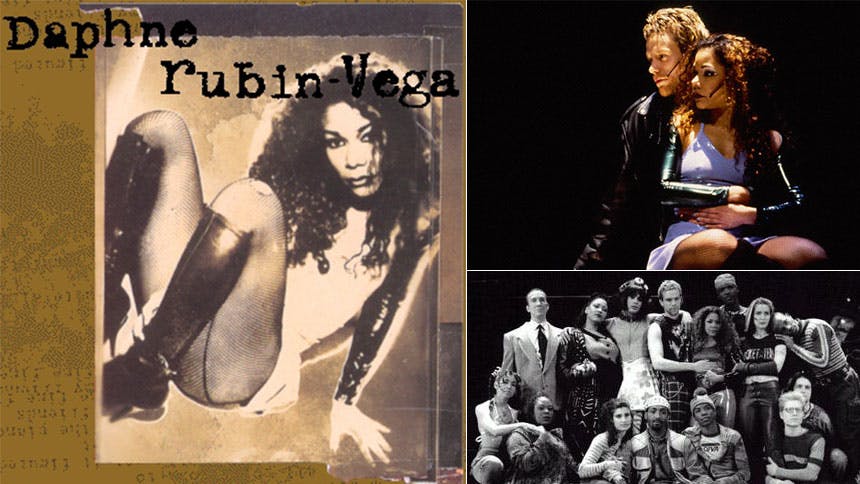 Two-time Tony nominee Daphne Rubin-Vega returns to the New York stage on June 3 in the Los Monologos De La Vagina (The Vagina Monologues performed in entirely in Spanish). Rubin-Vega has enjoyed an illustrious career on stage and screen, but for a generation she’ll always be Mimi Marquez. For my peers, Rent was like a gateway drug to Broadway, and we learned some major life lessons from that double-disc cast recording.

1. Be honest with your neighbors

In her first meeting with Roger, she talks about her stash and her job being tied up at the Cat Scratch Club. 2. Candlelight is always your best lighting, in a pinch moonlight and Spike Lee film lighting equipment will do. 3. Don’t be afraid of a good humble brag.

One "they say that I have the best ass below 14th Street" goes along way.


4. Nothing in New York starts before midnight. 5. If you know a guy at the door, you never have to pay a cover.

6. There’s no shame in asking a man out.

7. Sometimes a dark bar solves all your problems…temporarily 8. Don’t hold onto your past and don’t dwell in the future. You can’t control your destiny. 9. Give into love or live in fear. Also…measure your life in love. 10. There’s a good chance you’re going to run into the guy who blew you off and made you not feel cute.

11. When you do, act above it. You’ve got sunglasses and a place to be. 12. Until he invites you to a fab dinner party; then go, but don’t pay. 13. If a man doesn’t want to hold your hand, yes it probably is a warning. 14. Dorothy and Auntie Em had some real issues. 15. Have a party trick, even if it involves you being accompanied by the sounds of ice tea being stirred. 16. Dating more than one person in the same group of friends never goes well. 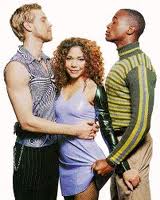 17. If your date isn’t treating you right, call him out in front of his friends. 18. Sometimes you have to leave a little mystery. 19. However, starting a relationship with honesty is the way to go

24. Drugs can ruin a relationship. 25. The world doesn’t stop just because you’re going through hell. 26. Getting over an ex is super hard, especially when he is singing harmony during your break-up anthem. 27. There’s a wide spectrum of what people are into sexually. Thanks “Contact.”

28. At least have one good story about all your friends, just in case… 29. Sometimes you’ll covet your friends’ relationships. 30. You’ll never share real love until you love yourself (Can I get an amen?)

31. There’s a time to eavesdrop. 32. There’s also a time to ask for help. 33. If you don’t call your mom back, she will blow up your phone with voicemails. 34. Admit to when you were foolish. 35. A good song can practically bring you back from the dead. Daphne Rubin-Vega stars in ‘Los Monologos De La Vagina’ at the Westside Theatre from June 3 to June 22.