My First Time: The Stars of The Jonathan Larson Project Recall Their First Introductions to Rent 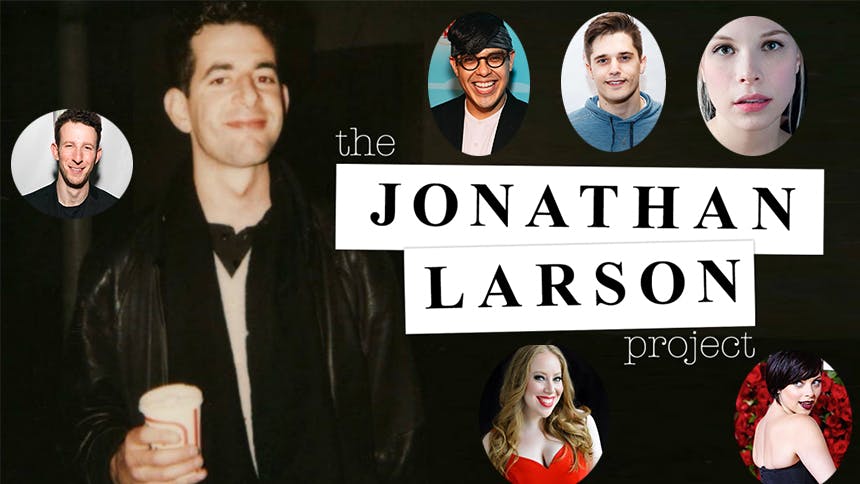 Jonathan Larson indoctrinated an entirely new generation of musical theatre fans with his Tony Award and Pulitzer Prize-winning hit Rent and his cult off-Broadway musical tick…tick…BOOM! If you are in your 30s or 40s, the double disco Rent CD and duct-taped coffee table book hold a special place in your heart.


This week, Feinstein’s/54 Below moves past “One Song Glory” and “Come to Your Senses” and shines a spotlight on the composer and lyricist’s unheard work in the new show The Jonathan Larson Project

. Running October 9-14, the concert is directed and conceived by Jennifer Ashley Tepper, stars Nick Blaemire, Lauren Marcus, George Salazar, Andy Mientus, and Krysta Rodriguez, and features songs from never-produced Larson musicals, cut songs from the musicals you know and love, and songs that have never even been performed publicly before.


BroadwayBox caught up with Tepper and her starry cast to hear from each of them about the very first time someone introduced you to Jonathan Larson’s Rent.


The first time I heard Rent was somewhere around 6th or 7th grade. Everyone was singing it and I got really pissed off because I was very into musical theatre, and I was like, “Who are these kids who never liked it before singing this thing called Rent?” Then I kind of avoided it for a few years, and in 9th grade I found the album in my school library, and thought, I’ll give it a listen. Then it was like, “Oh, this is the best thing that ever happened…ever!” I really liked to act out “Out Tonight” in my bedroom. I feel like it was the gateway to newer musicals and started me on a different path.


I was in 7th grade and my mom got hip to that shit early on, and played it for me in the car. I immediately was obsessed with the fact that it was a song being written to the sound of a guitar tuning. I just loved that opening line. So, I rush into school being like, “I love Rent!”—having only heard the first song. I remember Sarah Grey was like, “What’s your favorite line?” I responded, “I really love ‘December 24th 9 PM.’” She said, “That’s your favorite line? You don’t know Rent. That sense of competition really got me going to learn more and I’m really glad I did. It totally changed everything.


I was taken to the national tour when I was 11 or 12 and it totally blew me away. It was the first musical I really liked—and didn’t pretend to like for my parents’ sake because they spent a lot of money on it, ya know? I got the album, and me and one of my friends had the coffee table book—that bible—and we would call each other up, put on the album, press play at the same time, hang up, and then call each other back at our favorite parts while following along in the book. When I started coming to New York and seeing shows, I would always see Rent and then something else. I would beg, borrow, and steal my way into a ticket so I’ve seen it many times.


My first experience was in 8th grade. I was in a children’s theatre, and Rent was spreading like a disease—everyone was passing around that double album. Some people had gone to New York and they had seen the show, and then it was like, “so-and-so is auditioning for it.” Everyone was talking about it all the time. So, we sang “Seasons of Love” for our cast party, and then I convinced my Lutheran middle school to sing it for my 8th grade graduation. I had to bring in the sheet music and the cover like was Mimi in leather, but they let us do it and it was great.


I got started in theatre super late so I didn’t discover Rent until 2003. Our drama club met in a portable trailer classroom, and we were hanging out after school, and my good friend Donald played the album. It had been around for a while but I’m always late to the game. Then from that point on I would act out “Out Tonight” in my bedroom. Still do.


Growing up in Florida, I was obsessed with getting cast albums. I would collect them. Anytime I had allowance money or Hanukah or a birthday, I would get a cast album. So my mom got me the double disc Rent cast album, and I immediately became obsessed. I listened to it over and over and over. On my Bat Mitzvah sign-in board, I was dressed as Mimi coming out of a pile of Rent Playbills. The obsession went very deep. I was so deeply obsessed with Rent that the first time I came to New York when I was 15—even though we landed late and my family and I weren’t seeing a show that night—I had to see the Nederlander [Theatre], even though I wasn’t seeing Rent. I remember walking down 8th Avenue and looking left and seeing the green lights of the Nederlander. My Rent and Jonathan Larson beginning was being so obsessed with it from afar and then being there and seeing it.