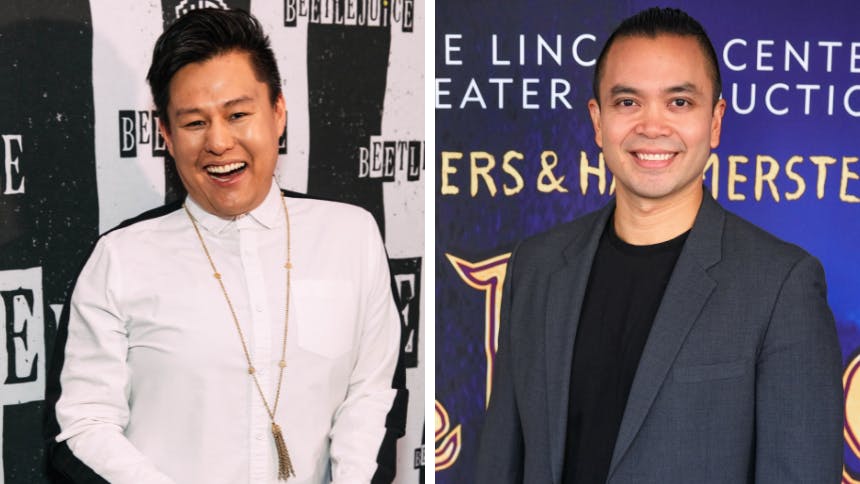 
Ulterior Motives: Happy Birthday Jose Llana! The talented actor made his Broadway debut in 1996 in the award winning third Broadway revival of The King and I as the incredible Lun Tha. Making Broadway musical theatre history, two decades later, Jose returned to the beloved Rodgers & Hammerstein fourth Broadway revival in a phenomenal run as The King of Siam himself! Jose's Broadway and Off-Broadway career has included Rent, The 25th Annual Putnam County Spelling Bee and Here Lies Love among many titles. We found this special clip of Jose at Broadway Sessions singing Lun Tha and Tuptim's ballad with the most recent revival's understudy for the role of Lun Tha, Kelvin Moon Loh. A duet of Lun Thas!

Ultimate 🙌 🙌 moment: Two miraculous voices! It is so special to watch Jose watch Kelvin sing Lun Tha's soaring lyrics - the ones Jose so gorgeously performed in his own Broadway revival. This duet is beautiful. Please watch Kelvin because he is us as audience members. We had to rewatch the end twice. Our ultimate moment is 2:56 through to the end. Kelvin's harmony at 3:03? Amazing. Then comes the extraordinary Jose with the stunning 3:06 - 3:24. We couldn't pick one moment but let's say 2:56 to the end. What a performance! Happy birthday Jose!