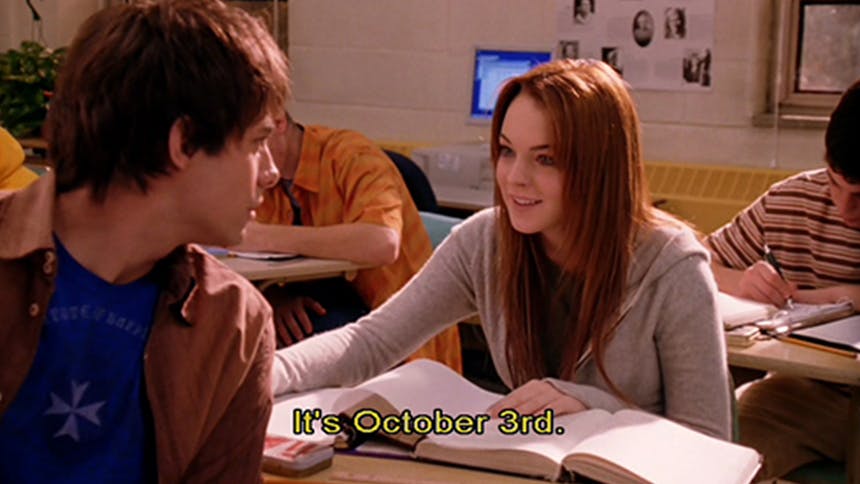 Before Tina Fey released her iconic 2004 film Mean Girls, October 3 was just a day like any other. Now, it’s a holiday for fans—it’s memed and quoted and posted about on every social platform. This October 3, the hit Broadway musical Mean Girls hosts a 15th anniversary movie viewing party on Facebook Live at 8 PM EST with creator Tina Fey and Busy Philipps. Watch the movie with these two hilarious, insightful women from your computer or phone and take your October 3 to the next level.


To celebrate the online live stream and the anniversary, here are 15 Mean Girls movie GIFs that are nothing short of timeless.