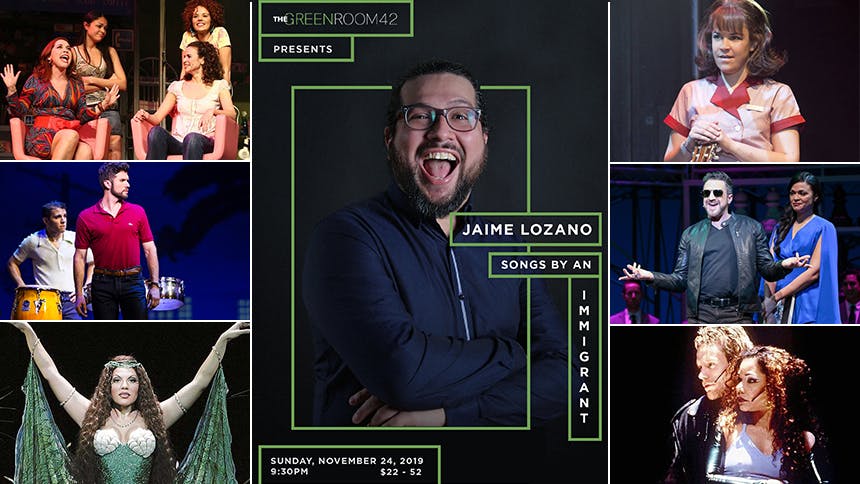 Musical theatre director, composer, arranger, orchestrator, and vocal coach Jaime Lozano makes his Green Room 42 debut, following recent sold-out concerts at Joe’s Pub and Two River Theater, with his show Songs by an Immigrant on November 24. Featuring an all-Latino line up of Broadway stars, the show spotlights the immigrant experience in the United States—finding a new home, learning a new language, dealing with discrimination, pursuing the American dream, and building bridges instead walls.


This Friday, Jaime gets us ready for Songs by an Immigrant and celebrates National Hispanic Heritage Month with 20 of his favorite songs by Latinx musical theatre artists.

See Jaime Lozano and guests in Songs by an Immigrant at The Green Room 42 on Sunday, November 24 at 9:30PM.