Jelani Remy Offers an Epic, All-Access Look at His Two-Show Day on Broadway with Ain’t Too Proud 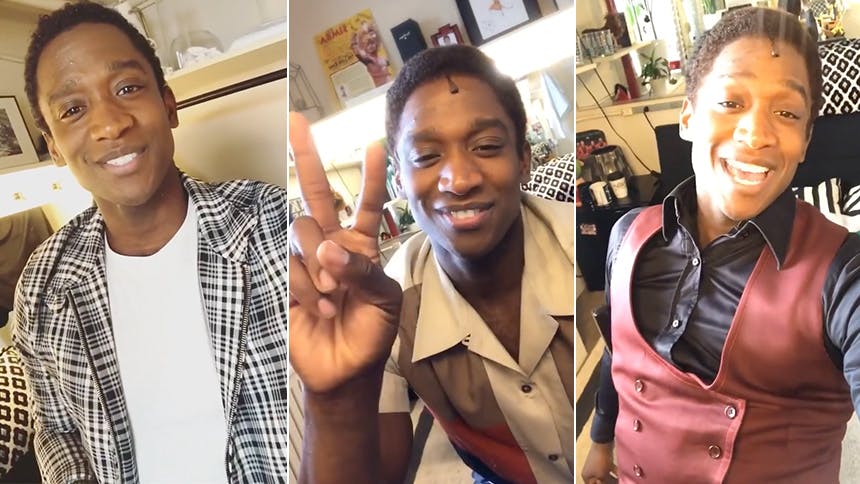 . The former The Lion King and Smokey Joe’s Café star took over the role in July from Tony nominee Jeremy Pope, and Jelani’s rendition of “Just My Imagination” will give you full-out goosebumps.


On October 5, Jelani took over the BroadwayBox Instagram account and gave followers an in-depth, behind-the-scenes look at his two-show day on Broadway. Check out the recap video below to fall deeper in love with Jelani, get a backstage tour of the Imperial Theatre, meet the talented cast, see how he spends time between shows, and more.


Get yourself over to Broadway’s Imperial Theatre to see Jelani Remy & the entire crew in Ain’t Too Proud.

Ain't Too Proud
Best Priced Tickets
Newer
Exclusive First Listen! Hear Michael Longoria Put His Spin on "That Thing You Do" From His New Album Like They Do In The Movies
Older
Introduce Yourself(ie): 10 Questions with The Lightning Thief Star Jorrel Javier