5 Videos From Elsie Fest 2019 That Your Monday Needs 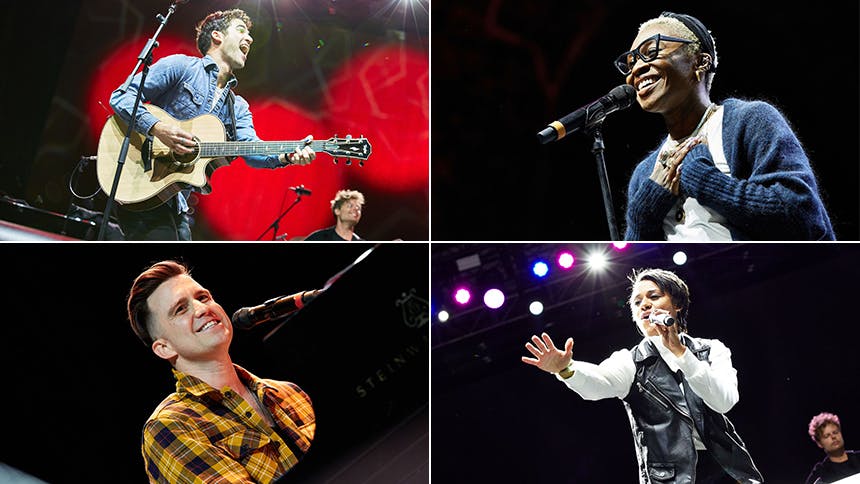 Darren Criss Sings “Wait For It”, “Waving Through a Window” and “Wig in a Box”


Let’s kick it off with a three-song moment from the man behind Elsie Fest, Darren Criss. It starts with Darren giving us his Aaron Burr with a performance of “Wait For It” from Hamilton. Then at 2:50, he transitions into Dear Evan Hansen and slays the crowd with his “Waving Through a Window”. At 6:45 begins the Hedwig and the Angry Inch section with a fantastic “Wig in a Box” featuring Lena Hall & Hedwig’s legendary creator John Cameron Mitchell.

Cynthia Erivo Sings a Soulful “One Night Only” from Dreamgirls


Tony Award winner Cynthia Erivo made all our Dreamgirls fantasies come true when she performed the big Act II song “One Night Only”—the Effie version. Get ready for what she brings to this song around the 2-minute mark!


Gavin Creel kicked off his set list with this amazing medley of his Tony and Olivier Award-winning career, but it’s his new, original arrangement of Lady Thiang’s heartbreaking number “Something Wonderful” from Rodgers & Hammerstein’s South Pacific that left us stunned. The beautiful new version is part of the popular series R&H Goes Pop!, so be on the look out for an official music video in the coming weeks.


Tony Award nominee Ariana DeBose (who will soon slay us as Anita in the new West Side Story movie remake) made one of our Broadway dream cast wishes come true when she performed Velma Kelly’s killer Chicago opener “All That Jazz”. Imagine Ariana opposite Erika Jayne in January?!? Then she gives you all the moments: Judy Garland’s “Get Happy”, Katy Perry’s “Firework”, “Don’t Rain on My Parade” from Funny Girl, “Buenos Aires” from Evita, and more! It’s a medley for the ages performed by a true queen.


The stars of the new musical Jagged Little Pill took the stage to perform a truly haunting rendition of Alanis Morrissette’s “Forgiven”. Elizabeth Stanley is giving you everything on the lead vocal (hello, 3:56!). This made me truly excited for November to see the show live at the Broadhurst Theatre.