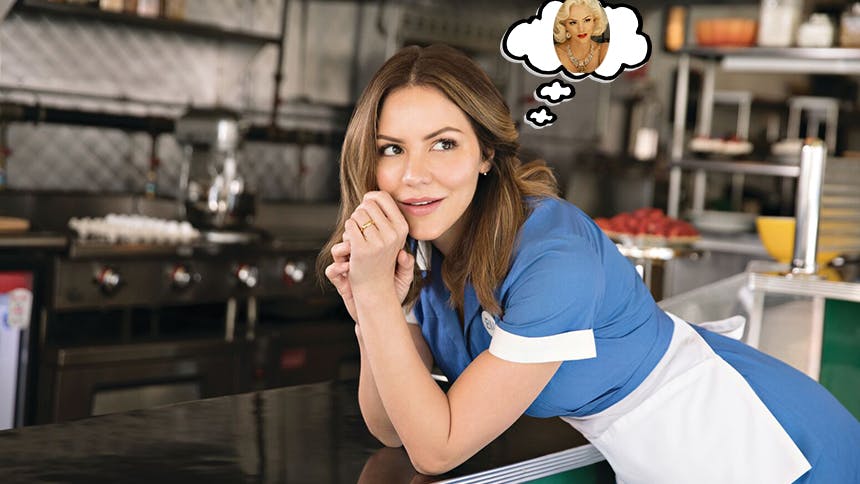 
Kat is an especially popular figure on the Broadway scene thanks to her two years starring as Karen Cartwright on NBC’s Broadway-centric musical drama Smash—which has become a full-blown cult series since cancellation. (Also currently appearing on the boards are former Smash co-stars Wes Taylor in SpongeBob and Jack Davenport in Saint Joan)


Since coming to Broadway, Katharine is leaning hard into the Smash references on her Twitter, and we are LIVING for it. Below, Bbox counts down our eight favorite Smash tweets from Katharine McPhee.

Thank you for letting me be your star! #SMASHLives pic.twitter.com/Mos7FCEl0M

Karen has come a long way from being Golden Sprout Champion at the Iowa State Fair. Wouldn’t ya say, Bobby? https://t.co/AxeZfMjflt

Actual photo of me announcing the #TonyAwards2018 nominations tomorrow. pic.twitter.com/MBJp5tOzZW

exclusive footage of me outside the steven spielberg offices pushing for a SMASH reboot pic.twitter.com/nOLFdVymT5

Me: fade iiiiiin on a girl...
My new followers: pic.twitter.com/uhdhMIcCnm

If you then you don’t
don’t love deserve
me at my me at my pic.twitter.com/SoUOkhhy81