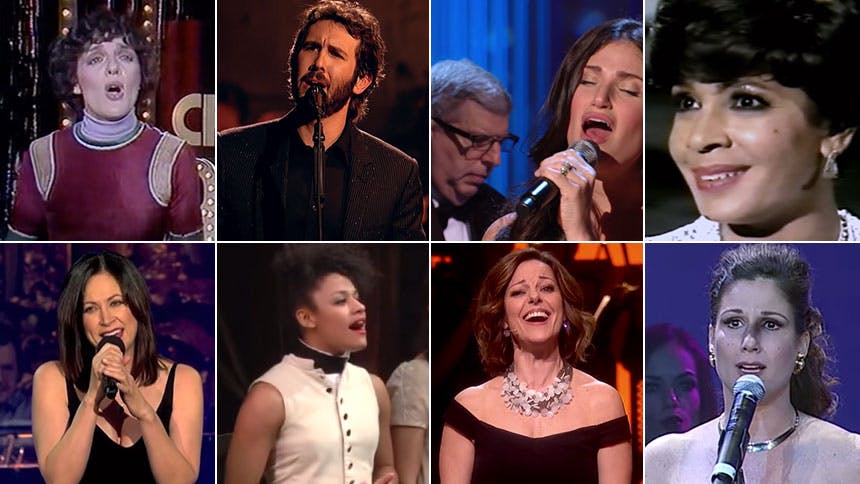 As Broadway, the West End, and the world face an uncertain future, one can't help but think of that moment in A Chorus Line where Zach asks the line, “If today were the day you had to stop dancing, how would you feel?” As a reply, Morales sings "What I Did for Love". Below, BroadwayBox takes a YouTube deep dive into 15 outstanding versions of the iconic Marvin Hamlisch and Edward Kleban song.


Broadway’s OG Diana Morales really pours her heart into it. There’s nothing like watching the original, so let’s kick it off with Ms. Lopez.


Stage actress and recording artist Marcia Hines makes so many vocal choices with this song—take 2:27, for example. Her version sounds so beautiful and unique.


That Eder voice is perfect for this song. She receives mid-song applause from the audience at 1:28—mid-song! And my goodness, that ending starting at 3:30.


Performing the number with Marvin Hamlisch for President Obama at The White House, Idina Menzel does not disappoint. She’s in Wicked green and she’s singing like the cold never bothered her anyway—come on 2:05-2:27!


Star of the Broadway revival, Natalie nails this number. Her approach is so fierce—it feels like a signature number. Her voice has a depth and strength that really suits the song. She soars with it.


You know Dame Shirley’s got the voice and the notes. She is ready to bring power to this song. From 1:54-2:40 is nothing short of thrilling. Just wait for that final “what I did for love” beginning at 3:22.


Chills. How could you not stan? When she removes the mic from the mic stand at 3:34, you know she means big, belty business.


He’s the voice of a generation for Broadway fans who grew up on Rent and Aida. Adam puts his own spin on the song with this killer arrangement and removes a lot of the sadness from the song. Listen to his “won’t forget, can’t regret” section at 3:23.


If Adam strays from the song’s sadness, Josh leans into it. It’s absolutely beautiful and devastating. His 3:04 deserved mid-song applause.


It sounds exactly how you think it would, but a legend is a legend and deserves our respect.


Opera great Leontyne Price performs an operatic version of the tune, and it’s really something special.


When Hamilton was at The Public, the cast sang a 40th anniversary tribute to another Public Theater musical that changed Broadway, A Chorus Line.


This is a great, classic A Chorus Line. Samantha has a strong, clear voice that shines. And she is ACTING. It’s captivating to watch this performance from Signature Theatre in Virginia. The full ensemble ending is so powerful.

The Leading Ladies of the West End


Maria Friedman, Ruthie Henshall, Sharon Clark, Leigh Zimmerman—queens among queens in this Olivier Award number from 2016. Just watch through. This video truly captures the spirit of what the song is about.