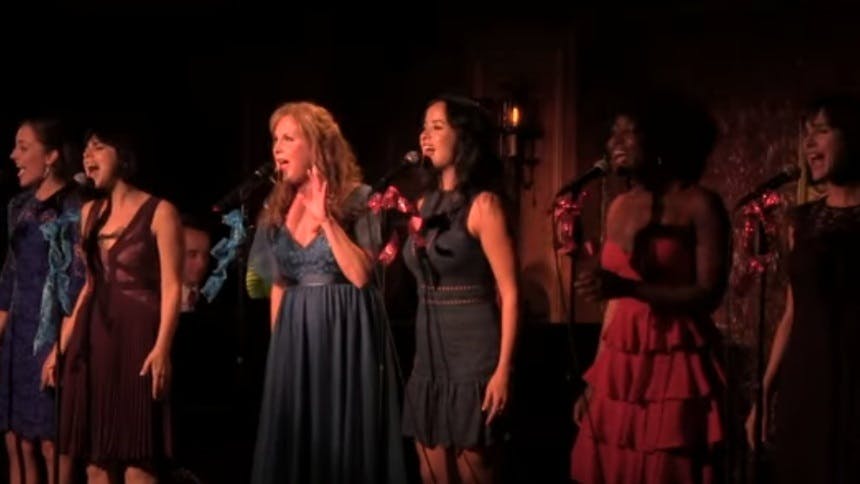 Disney+ is sure keeping us on our toes!

First, we had the Hamilton premiere to look forward to on July 3rd but in a few days we're getting the limited series Into the Unknown: Making Frozen 2! The six episodes, premiering on Disney+ this Friday June 26, will share the creation of the epic Frozen film sequel by granting an insider's look of the process featuring appearances by award winning composers Kristen Anderson-Lopez and Bobby Lopez, the film's directors, writers and incredible animators. Audiences will likely see a familiar face or two as the film starred the extraordinary talents of the ever popular Idina Menzel, Kristen Bell, Josh Gad, Jonathan Groff, Sterling K. Brown, and Evan Rachel Wood. Another amazing trailer to enjoy!

We are honestly still recovering from Idina and fellow worldwide Elsas' outstanding live performance a few months back of the series' title number (and film showstopper):

If there's one thing that we know, the Broadway Princess Party has got us covered with the most beautiful Frozen covers by some of Broadway's most talented with music direction by the fantastic Benjamin Rauhala. Have a listen to this incredible Frozen 2 cover of "All Is Found"/"Into The Unknown" sung by Christy Altomare, Susan Egan and Courtney Reed!


We can't wait for them to be back soon to deliver even more covers from Frozen 2. In the meanwhile, we are starting at the very beginning with the original film and looking at 14 covers by royally talented Annas, Elsas and more!

Tune in to Into the Unknown: Making Frozen 2 beginning Friday, June 26th on Disney+!