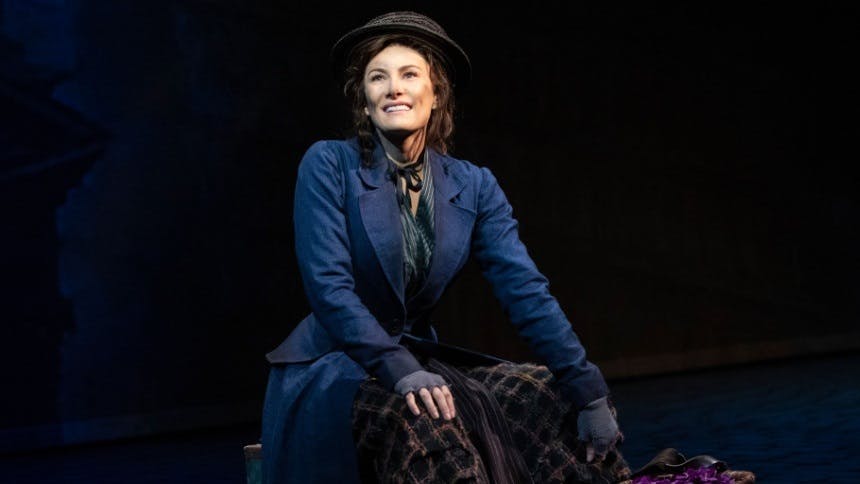 Transformation Tune: "Wouldn't It Be Loverly" from My Fair Lady, music by Frederick Loewe and lyrics by Alan Jay Lerner


Our original Eliza Doolittle - Julie Andrews in one of her career defining roles. Completely captivating. Thank goodness this was captured a few years after the show's original opening night. What an actress! Her dreaming of sitting abso(bloomin'!)lutely still - we're there with her. She elegantly paints a picture with her connection to the lyrics and it is beautiful. We also love her singing with the fellows on the street. It's delicate, it's graceful, it's hopeful and we even get a dance break.


There sadly isn't video of the 1976 or 1981 Broadway revivals but thankfully we have this beautiful performance by another Eliza. Melissa Errico starred in the third revival in 1993 with Richard Chamberlain as Henry Higgins. Melissa is so stunning and wistful on this song even performing on a roof somewhere in Midtown. It's such a dreamy performance. It gets all the sweeter when the two ensemble men join her for some background vocals. It's a loverly performance by Melissa and her gorgeous soprano flies over the song beautifully.


Lauren Ambrose starred in this fourth and most recent Broadway revival. Though we weren't able to find a clip of Lauren singing the tune, we found her replacement (and a glorious one at that) Laura Benanti singing the classic also at the Macy's Parade like Melissa Errico. We're loving this clip from the jump with Laura starting in the audience. She is a dream and it is a dream to witness her Eliza. Her effortless soprano is a perfect match for this Lerner and Loewe score. She possesses so much charm, she finds joy in her current flower selling situation and continues smiling throughout it all. How could you not root for her??