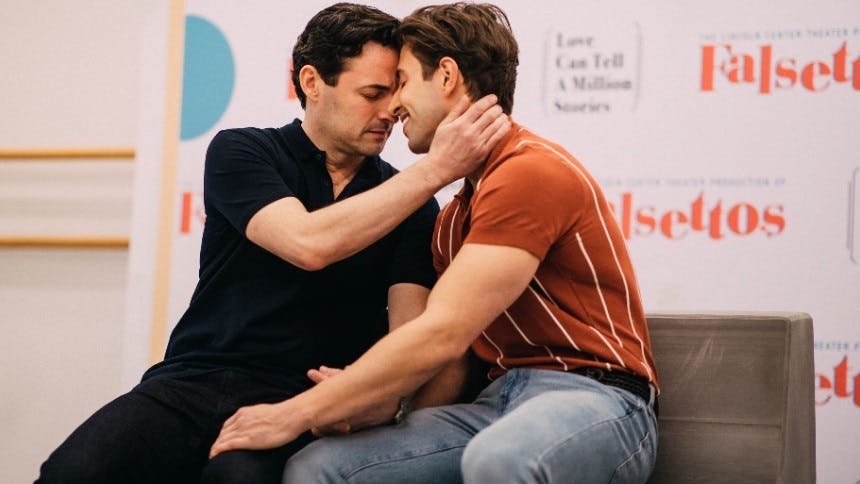 Marvin, Enjolras, Gleb, Sonny - and that's only a few of the roles musical theatre fave, and fellow celebrating a birthday on this January day, Max von Essen has made his own on Broadway and national touring stages.

The star most recently toured the country as Marvin in the critically acclaimed revival of William Finn's Falsettos. Max donned a top hat and tails to build a "Stairway to Paradise" in Broadway's An American In Paris, portrayed stern Gleb in Anastasia and appeared in the original and first revival of Les Misérables. Be sure to check out Max's debut solo album Call Me Old Fashioned: The Broadway Standard where you enjoy your music online!

Let's have a look at ten magnificent videos of the terrific tenor singing a huge assortment of musical theatre classics from Xanadu to Evita.


"Being Alive" (from Company)


"On This Night Of A Thousand Stars" (from Evita)


"What Would I Do" (from Falsettos)


"Take Me To The World" (from Evening Primrose)


"Stairway To Paradise" (from An American In Paris)


"But Not For Me" (from An American In Paris)