Hot Clip of the Day: Time to Wake Up as September Ends with American Idiot Trio Backstage 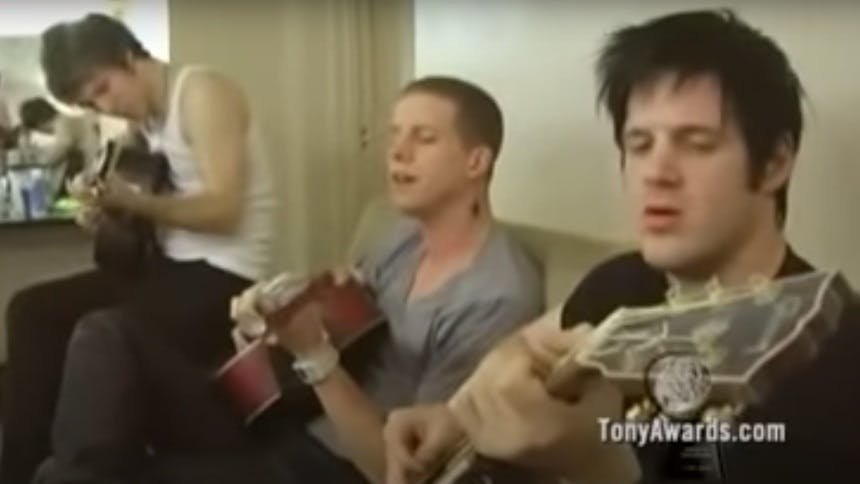 
Ulterior Motives: Well friends, it's time to wake up as we've arrived at September 30th. September 30th also happens to be the birthday of two time Tony nominee and Grammy winner Stark Sands. The actor has appeared on film in The Post and Inside Llewyn Davis, on television in "Minority Report" and notably on Broadway opposite Billy Porter in Kinky Boots, To Kill a Mockingbird and the show featured in our Hot Clip of the Day, Green Day's American Idiot.

Ultimate 🙌 🙌 moment: This unplugged dressing room performance of "Wake Me Up When September Ends" from the 2010 Broadway musical with a score featuring the Green Day songbook is so special. Equal parts intimate and passionately performed by the trio. Our favorite part is at 2:11. All three of them are marvelous musicians and hearing them sing together on this tune - incredible. Happy birthday Stark! We look forward to more of your memorable performances.