15 Versions of Avenue Q’s Act One Finale, “There’s A Fine, Fine Line”, That You'd Want on a Mix Tape 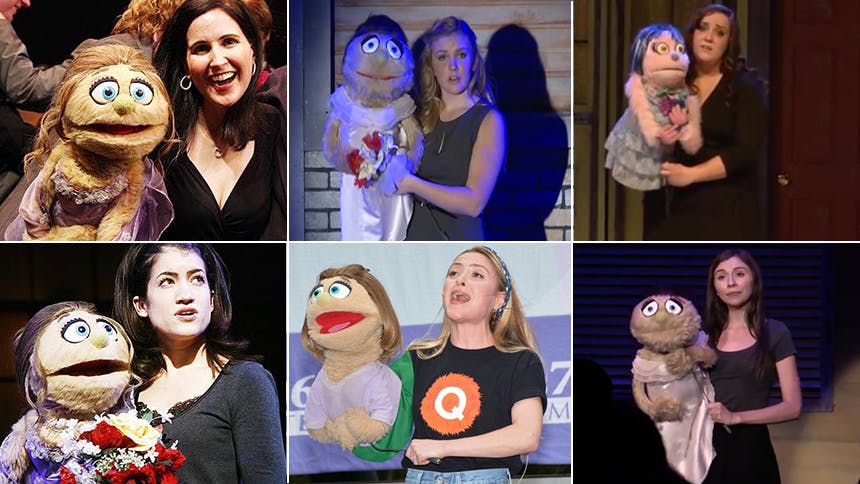 The Tony Award-winning Best Musical Avenue Q celebrates 15 years of a sidesplitting, LOL, & often times jaw-dropping musical comedy. In its lifespan, the show began at the Vineyard Theatre off-Broadway, transferred to Broadway, won the 2004 Tony Awards for Best Book, Best Score, & Best Musical, and then moved back off-Broadway to New World Stages, where it continues to run.


First up is the original Tony-nominated leading lady, and of course the only video of her is a boot, but it’s the OG Kate so you make allowances. This is the Kate Monster you sang along with in the car and the shower then mimicked in your senior showcase.


From the first Kate to off-Broadway's current Kate Monster, Dana Steingold. She OWNS that ending.


This sits so beautifully and effortlessly in her voice! Also, loved her performance. I was seriously shook by the end. Bravo, Amanda!


The American Idiot and How to Succeed favorite brings her fierce vocals to the tune, and the performance is seriously heartbreaking. Four stars!


She is acting it, folks. Get ready. Also, she decidedly takes a backseat to the puppet, which I like.


Yay, finally a boy Kate! Johnny sounds so beautiful on this song. He is serving a full-out performance here, too.


No way not to include longtime, top-shelf Kate, Veronica J. Kuehn. A queen among Kates.


The Beautiful Tony nominee played Kate in 2009 and hearing this song in her big voice = goosebumps.


WTF?! This is like the Laurie Metcalf of puppets—she’s brilliant. I was emo watching this one. What a testament to Sarah and her performance.


Mary is so captivating, I’m not even watching Kate. She slays it.


Ms. Kyra Belle is going for tears today. She wants to break your heart but she’s also a strong ass Kate who is like “to the left, to the left”.


Tim is a great singer and performer. He is in the moment and then he just goes for broke at the end. (Also, legit me after every college break up.)


I love how Alex takes his time with it (he wants you to get every. single. lyric.)!


Final video is next level. Listen to Laura just soar in that ending. I applauded at my desk after 2:14.