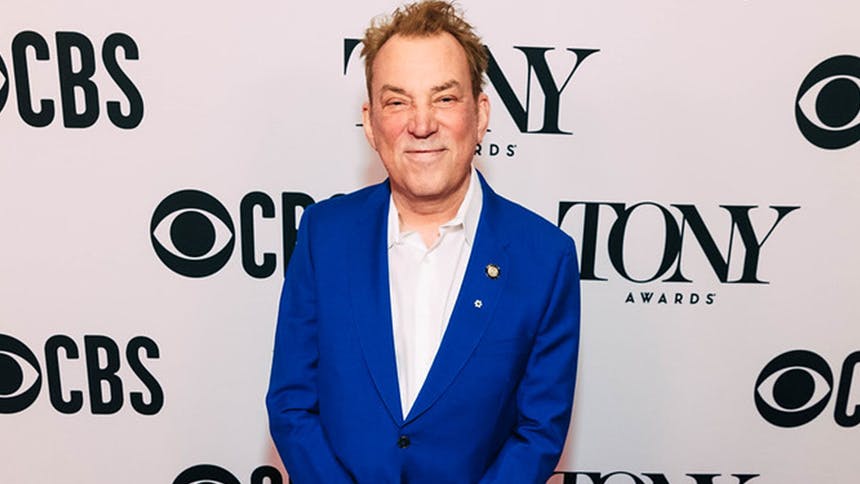 . This is Des' third big bio-musical following the Tony-winning Jersey Boys and the disco favorite Summer. The former Artistic Director of both La Jolla Playhouse and the Stratford Shakespeare Festival is already a two-time Tony Award winner for his direction of the musicals Big River (1985) and The Who's Tommy (1993). BroadwayBox caught up with the acclaimed director to discuss casting Ain't Too Proud, bringing Tommy back to New York, and creating "a true record" of The Temptations.


1.  What did you learn from your experience with Jersey Boys that informed how you cast The Temptations for Ain’t Too Proud?
The thing about casting in general, as a director for any project, is that it's essentially 90% of your work. I think as a director you have two main responsibilities: you are responsible for performance and for storytelling. So, if you can start off with people that are abundantly talented and smart, then it makes the performance side of your job so much easier. The cast for Ain't Too Proud is really, without parallel. They are just all true triple threats, and I'm privileged to get to work with them. I should say Tara Rubin (who I think is the premiere casting director in the country) definitely deserves a lot of credit for the Ain't Too Proud cast. It's only a cast of 16, and they're all really important

I remember I was sitting beside Dominique Morisseau, our fabulous playwright, when Derrick Baskin came in—he was generous enough to come in and read for us. We just looked at each other almost right away, within probably 30 seconds, and we knew he was the guy. Derrick is a spectacular singer, and the thing that I think is so moving about Derrick in this part is we hear everybody else but him sing until the very end. Then when he experiences his personal tragedy, we get to hear him sing, and the whole audience is, of course, lifted up by the song “What Becomes of the Broken Hearted”. You realize he has this wondrous voice, and yet he's been happy to allow that voice to blend with the others to create The Temptations.

2. What were the early conversations with the surviving Temptation, Otis Williams, like? What did each of you want to get out of bringing their story to the stage?
The first time I met Otis, we had lunch, and Otis was there with their manager, Shelley Berger. I was immediately impressed by Otis because he was so forthright with me. He wasn't just telling the glory stories about the group. He was talking about the way that Eddie left, and he was willing to talk about the drugs that The Temptations got into as time went on. He was just so open. It became clear that this was a chance, in a sense, to tell the real story. The rest of the classic Temptations are gone, and I think, he wanted for this to be the true record of the group. This was certainly not lost on Dominique Morisseau and it wasn't lost on me. So our mission was to tell the truth about The Temptations.

3.  What do most people not know or understand about the job of an Artistic Director?
Oh my, heavens. I think that a lot of what an Artistic Director has to do is really about producing. The job requires a fairly broad skillset. I think the most important quality an Artistic Director can have is not to be threatened by the talents of others. Because if you're going to create a great theatre, you have to be sure that you're surrounding yourself with really talented people. You have to be able to collaborate and support other directors. One advantage of being a little bit of a veteran when you're running a theatre is that maybe you're less inclined to be stingy about opportunities. You want others to be able to shine. It's a job that I sometimes miss. But I always considered it more of a responsibility than just a job. There's this duty involved with running a theatre and you have to take that seriously. Also, work with the community and people that volunteer their time in a not-for-profit institution.

4. You co-wrote, directed, and produced the original (and only!) run of the Tony-winning musical The Who’s Tommy. Why do you think we haven’t seen Tommy back on Broadway since 1995?
The funny thing is I just literally had a conversation this very day about that project, and I got a lovely letter recently from Mr. Townshend about a book that he's reading that he's suggesting that I read. So Tommy is definitely very much on our minds.

Of all the things that I've been involved in, it is perhaps my most beloved project. It occupies a very special place in my heart. It’s the most exciting music I've ever had the opportunity to stage. And I think when it gets a new production, it will once again make a lot of noise.

5.  You’ve been directing on Broadway for nearly 35 years. What do you miss most about the way it was when you began and what excites you most about where Broadway is going?
When I started out in the ‘80s, there were far fewer shows and there were theatres that were dark. When I think back on that time, the main thing I recall is just the challenge of Broadway and making sure that it continued to get back to a time when it was flourishing. But, it led to the robust landscape that it is today. There's much more diversity in terms of artists and genres today. So, by in large, I think it's a really exciting time. I'm really glad to be working on Broadway so I can help to celebrate them.

When I started out at that time, I think that the community suffered a little bit from the geography. Back in The Golden Age, you had everybody living within a 20-block radius. You can walk across the street for the lyricist, or the orchestrator was in an apartment downstairs and you can hear them. Then there was a time when everything got spread out. It was much more difficult to collaborate; but now, with the internet and Skype, the community is back together and we don't necessarily have to live next door to each other. Communication is just so much easier today and I think that's really helped the theatre—this electronic age of information.