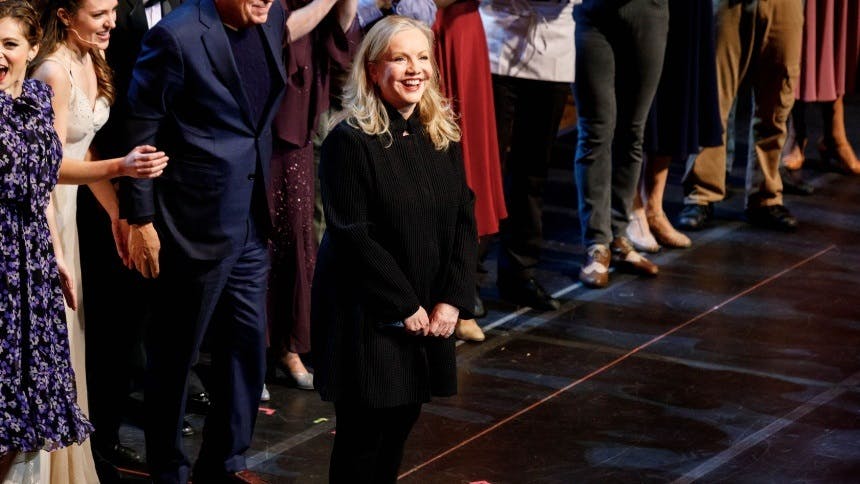 When you think of MVP Broadway choreographers, Susan Stroman is top of mind. In 2001, she became the first woman to win the Tony for Best Director and Best Choreographer for her work in Broadway's mega-blockbuster musical The Producers.

"Stro" burst onto the NY theatre scene by hitting the road as a performer in Bob Fosse's Chicago national tour as Hunyak followed by Broadway's Whoopee!. She recieved her first assistant directing and choreography credit in the shortlived 1980 Broadway musical Musical Chairs - though it was her next credit that put her on the map.

In 1992, the Shubert Theatre was filled with the sounds of syncopated tap moves to the songs of George and Ira Gershwin. Susan Stroman made her Broadway choreographer debut with the effervescent Crazy For You. The number "Slap That Bass" had the female ensemble stepping in as the famous instrument with an assist by the male ensemble. The shows that followed of her award winning and varied directing/choreographing career so far are instantly iconic - whether it's dancing on the oversize piano in Big, dancing elderly women with walkers in The Producers or The Girl In The Yellow Dress making her entrance in Contact.

We can't wait for what Susan does next! In the meanwhile, let's go on a Choreo Spiral of her incredible career so far!

Newer
Countdown of The Best "Another Hundred People" Perfs For Sondheim's 90th Birthday Livestream Concert
Older
Hot Clip of the Day: "Journey To The Past" at Broadway Princess Party with Christy and Liz
Sign up for BroadwayBox Discount Alerts