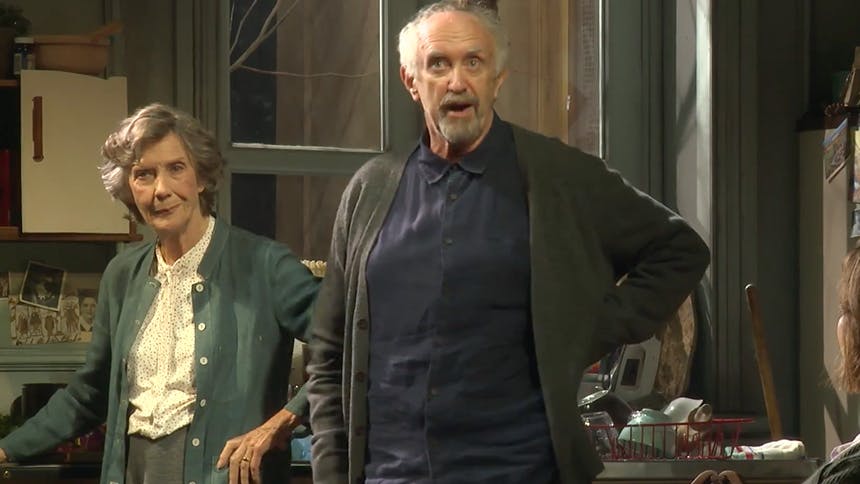 “You think people are dead but that’s not always the case.” This line from Florian Zeller’s The Height of the Storm

captures all the mystery and intrigue of the new Broadway drama running at Manhattan Theatre Club’s Friedman Theatre. The 80-minute play examines the final years in a marriage that has lasted half a century, and what happens when one partner survives the other. A hit in London, the show is anchored by brilliant performances by three-time Olivier Award winner Eileen Atkins and two-time Tony and Olivier Award winner Jonathan Pryce. In the three clips below, get a look at the haunting piece and the stellar performances by stage greats Atkins & Pryce.


Don’t miss your chance to see Eileen Atkins & Jonathan Pryce at the height of their prowess in MTC’s The Height of the Storm, running on Broadway through November 24.

The Height of The Storm
New
Best Priced Tickets
Newer
The Magic Is Real! Check Out the New Trailer for Broadway’s Harry Potter & The Cursed Child
Older
Exclusive First Listen! Hear Michael Longoria Put His Spin on "That Thing You Do" From His New Album Like They Do In The Movies
Sign up for BroadwayBox Discount Alerts