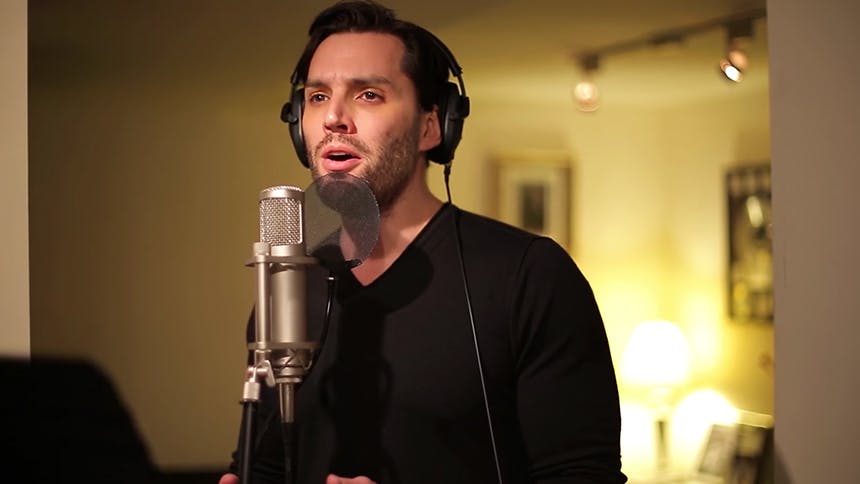 Ryan Silverman is back as The Windy City’s best crooked lawyer, Billy Flynn, in the iconic Broadway production of Chicago


Those who have seen Ryan in Broadway’s Side Show, Phantom, or Chicago—or that stunning off-Broadway revival of Passion— know just how incredible and special his voice is, whether soaring on Sondheim or wailing on Disney. Scroll on for six essential videos of Drama Desk nominee Ryan Silverman singing his face off.

“If I Can’t Love Her” from Beauty and the Beast


Listen, if Beauty and the Beast makes its way back to Broadway, I’d be all for Ryan Silverman stepping into Terrence Mann’s paws. The song begins at 1:20, but brace yourself for 3:52 and 4:13 because that’s when Ryan and the song truly take flight.

“Music of the Night” from The Phantom of the Opera


There’s an elite group of actors who have had the honor to play both Raoul and the Phantom in the musical The Phantom of the Opera, and Ryan Silverman should join that group soon. Just listen to how he sings the big climax of the iconic Andrew Lloyd Webber song beginning at 1:30.


This number comes to us from Ryan’s really wonderful One Take Basement Series on YouTube, and it’s seriously beautiful. Ryan’s voice sounds so rich and endless. What he does from 3:37-4:26 is pretty jaw-dropping!

“Johanna”/ “Not While I’m Around” from Sweeney Todd


How could we not include a Sondheim? And since there’s no video of Ryan singing “Being Alive,” “Finishing the Hat,” or “In Praise of Women,” (all of which he should!) we’re going to go with this truly gorgeous Sweeney mash-up.


TBQH, this Rodgers & Hammerstein song rarely does anything for me outside the context of the show, but Ryan won me over. His voice does not quit. When he hits 3:36, you have to applaud.


Another entry from the One Take series, Ryan’s rendition of “Ave Maria” is positively stunning. If you’re short on time, you can pick it up at 3:26 after the instrumental break.

Head to Broadway’s Ambassador Theatre this month to see Ryan Silverman as Billy Flynn in ‘Chicago’.

Chicago
Best Priced Tickets
Newer
You Are Not Ready for Adrienne Warren as Tina Turner in Tina! Watch Four Videos of Her Singing Tina's Classic Songs
Older
Friday Playlist: LOL & Theatre Nerd Out with 20 of Our Favorite Forbidden Broadway Numbers
Sign up for BroadwayBox Discount Alerts