You Are Not Ready for Adrienne Warren as Tina Turner in Tina! Watch Four Videos of Her Singing Tina's Classic Songs 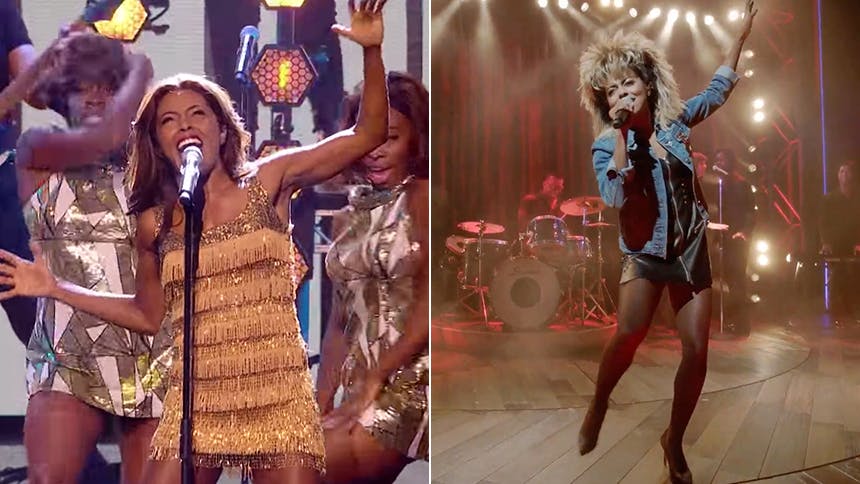 The new bio-musical is a star-making moment for Adrienne, as she wows this side of the Atlantic with her performance as the 12-time Grammy-winning music legend. Get ready to bow down to the queen after watching four videos of the Bring It On and Shuffle Along star slay some beloved Tina Turner tunes.


You could just watch this video, purchase Tina tickets and be done with it—it’s that impressive. It should be watched start to finish to really appreciate what Adrienne is doing here, but it’s 6 minutes long, so if you want to skip the river deep and jump to the mountain high, go to 3:48. It should be noted that 5:06-5:28 is nothing short of religious experience.


What’s Tina without a “Proud Mary” moment? The signature song begins at 1:08. As impressive as the singing always is, it’s the incredible dancing that takes front and center here. The number is absolute perfection. This performance got a standing ovation from the notoriously tough British audience, so you know it’s legit.

“The Best” on The One Show


Adrienne sings Tina’s big pop hit “The Best” beginning at 1:54. (Though her backstory as a life-long Tina Turner fan and Tina’s advice to her is worth the watch.) She truly makes it look so effortless.


This last clip is from the London production, but it’s such an iconique Tina lewk and song that it had to be included here.