Friday Playlist: LOL & Theatre Nerd Out with 20 of Our Favorite Forbidden Broadway Numbers 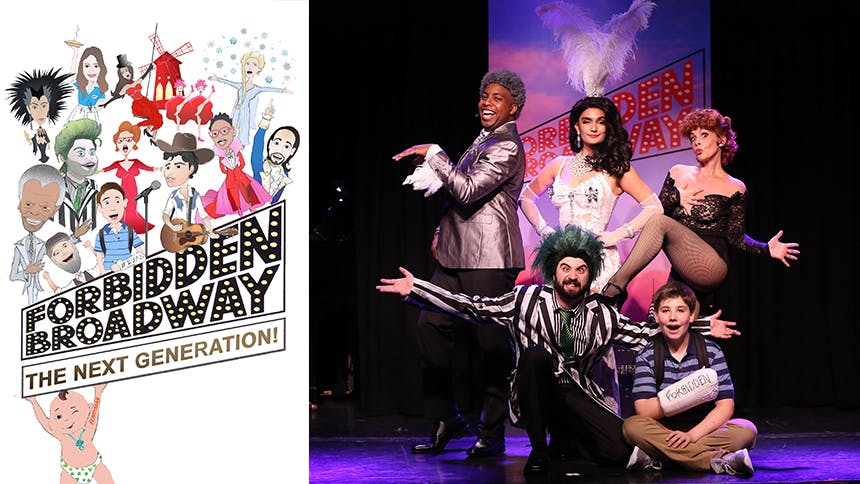 Get off the message boards and over to The Triad because the hilarious and biting Forbidden Broadway: The Next Generation is back off-Broadway with a brand-new, gasp-worthy musical parody of New York's biggest titles and stars. The SNL-style sketch musical from Tony Award-Winning parodist Gerard Alessandrini reads Broadway the house down like it's a category on Pose. Up on the chopping block for this run are Hadestown, Moulin Rouge, Dear Evan Hansen, Frozen, What the Constitution Means to Me, Ben Platt, Billy Porter, Bette Midler, Andre de Shields, Bernadette Peters, Lin-Manuel Miranda, and many more.

To kick off the weekend with some laughs, here are 20 of our favorite former Forbidden Broadway musical numbers.

Hurry to off-Broadway's The Triad Theatre before November 29 to see Forbidden Broadway: The Next Generation.