Five Burning Questions with Himself and Nora Star Whitney Bashor 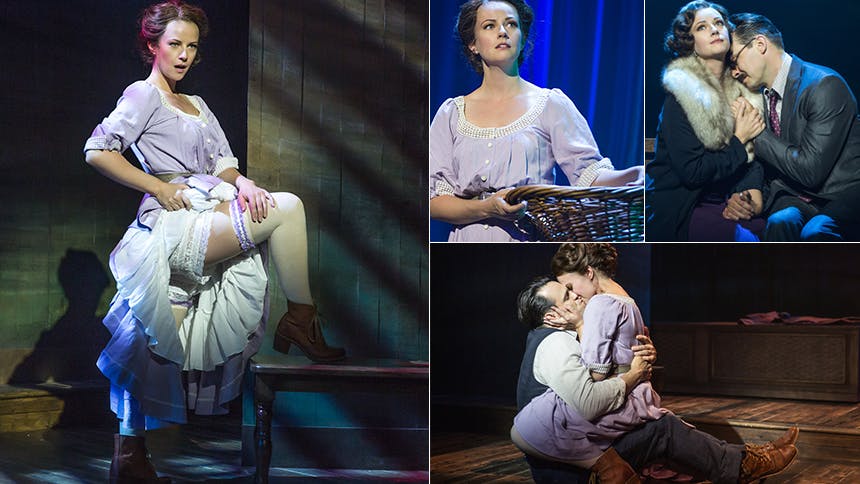 It's no secret, Whitney Bashor's performance is worth the price of admission at the new off-Broadway musical Himself and Nora

. The Bridges of Madison County and Beaches star plays Nora Barnacle, the longtime love and muse to profilific author James Joyce, and she's a joy to watch. BroadwayBox caught up with Bashor to talk about the new musical, hear a Bridges cast secret, and a role off her Broadway bucket list.

1. What's the most important piece of research you did to find Nora?
There's this great biography Nora by a woman named Brenda Maddox, and it's pretty much (I found to be) the most comprehensive historical piece of literature about just Nora Barnacle. I read that and tried to absorb as much of that as possible to understand who she was as a real person. Some of the things I learned we don't explore in our play, but it's good to know as much as you can when you're playing a real person. For example, they talk about how Nora and James had insatiable appetites; they were constantly eating all the time. It only makes sense they were eating that much because they were having that much sex. That part of their relationship is so steamy they have to fuel the fire.

2. That brings me to my next question. You and Matt Bogart are really comfortable with each other. What was that process like in rehearsal to get to the level we see on stage?
It gradually crescendoed. Matt is such a gentleman and nice guy. Everything was talked through before we went for it. It's like choreography: if I put my hand here, then I'll pull you there, and then I'll turn around. You have to block through it first, then everyone says, 'does that feel good?' Then you fill it in with the steaminess and the passion.

3. So you starred in the musical adaptation of one of my go-to cry movies [Beaches]. What's your go-to cry movie?
The first thing that came to mind is Sandra Bullock's While You Were Sleeping. I love that movie so much. She loved Peter Gallagher so much, and then Bill Pullman comes along and he was real and he was awake and he loved her. It's so romantic. I love it. It's classic '90s romcom.

4.What's your most cherished Bridges memory?
The day of my Broadway debut, our first preview, there were a couple of us in the show making our Broadway debut, and Kelli and Steve brought everyone down to the stage. They made this little ceremony for us. Kelli read a beautiful poem and they acknowledged, 'This is a really big deal. You should feel like it's really important, and we're here to validate that it's really important that you're here.' I was crying because it was years and years of hard work, and I was finally getting to experience my dream.

5. Tell me a role on your Broadway bucket list.
I want to play Julie Jordan in Carousel so badly. It is my dream role. Universe, I would love to play it.

See Whitney Bashor in 'Himself and Nora' at off-Broadway's Minetta Lane Theatre.