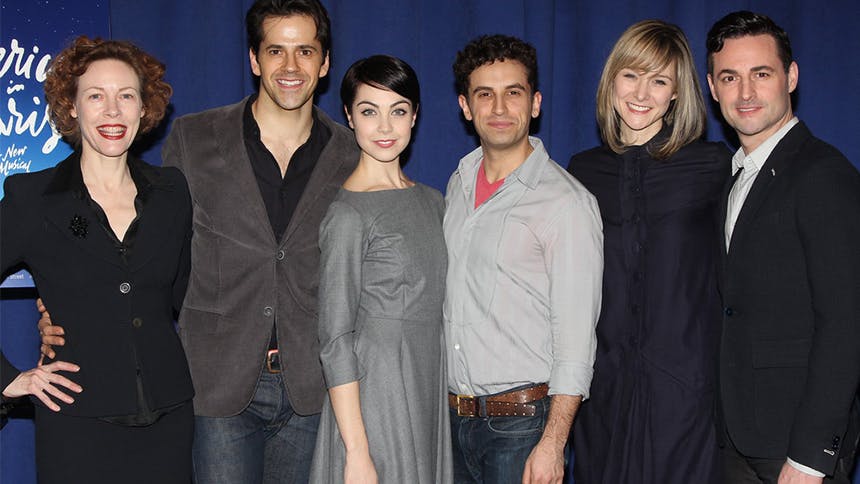 When you hear the title An American in Paris chances are the first thing you think is dance—romantic, gorgeous, classic MGM dance. So it’s no surprise that during the musical adaptation’s Paris run word quickly traveled back across the Atlantic about how incredible Christopher Wheeldon’s choreography is.

Therefore, dance was obviously on the mind when BroadwayBox caught up with the cast and creative team at New 42nd Street Studios, so we asked them: you’re on YouTube and you only have time for one video, what dance sequence or musical number from the Golden Age of movie-musicals is your go-to? 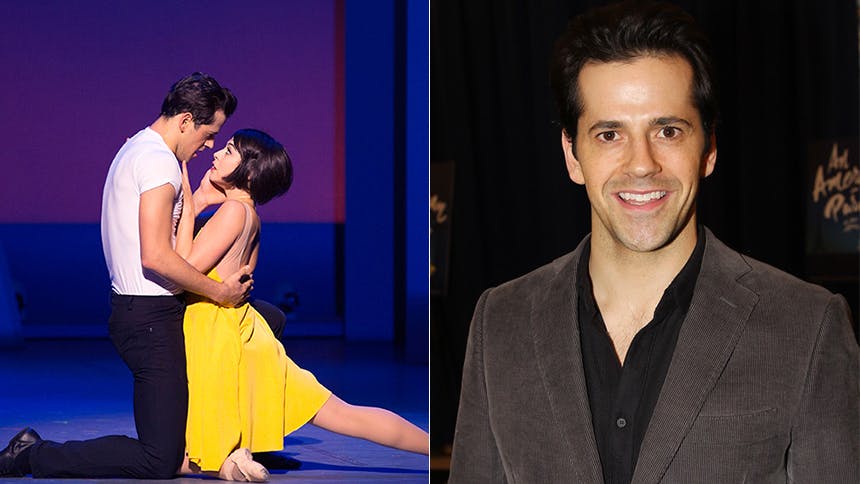 So many literally just flooded into my mind, but I’m such a Gene Kelly fan, I’ve got to say “Singin' In The Rain.” I watched it so many times as a kid, and he was my inspiration. I didn't see An American in Paris until a little later in life and it has that same magic he carries to everything. To get to have the opportunity to be the next name in line of people who have played Jerry Mulligan, it’s just so crazy. 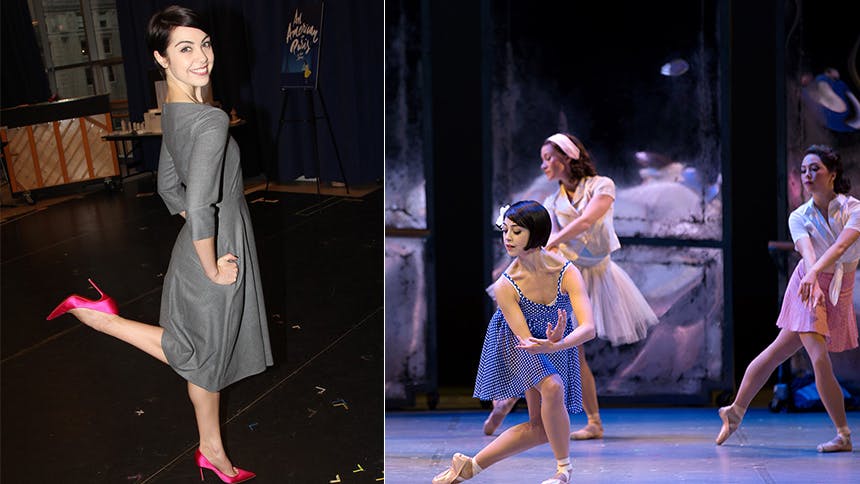 
I have to go with Gene Kelly in “Singin' In The Rain.” That sequence is flawless and so special and very simple in a way. His personality shines through, and technically his dancing is perfection. I just think there’s been nothing like that since then and there was nothing like that before then. And Gene Kelly is very handsome so it’s nice to watch anyway. 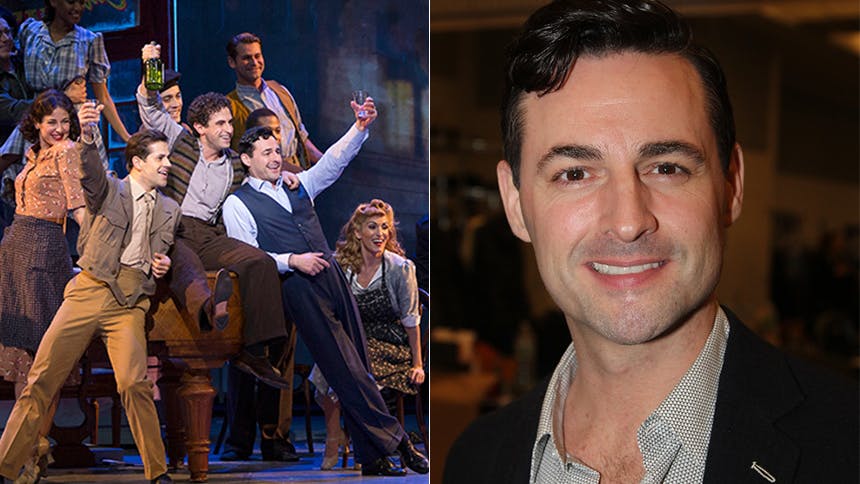 
I am a big, big Judy Garland fan; she can always cheer me up. I can put in Summer Stock and it’s always great, but her “Get Happy” number…Everything from the costumes to the male dancers with her to the blaring of the brass instruments, and that incredible song. It’s the kind of number I would watch as a kid and think that’s what I want to do—I don’t need to be Judy Garland in the hat and a mini jacket but I wanted to be in that world. 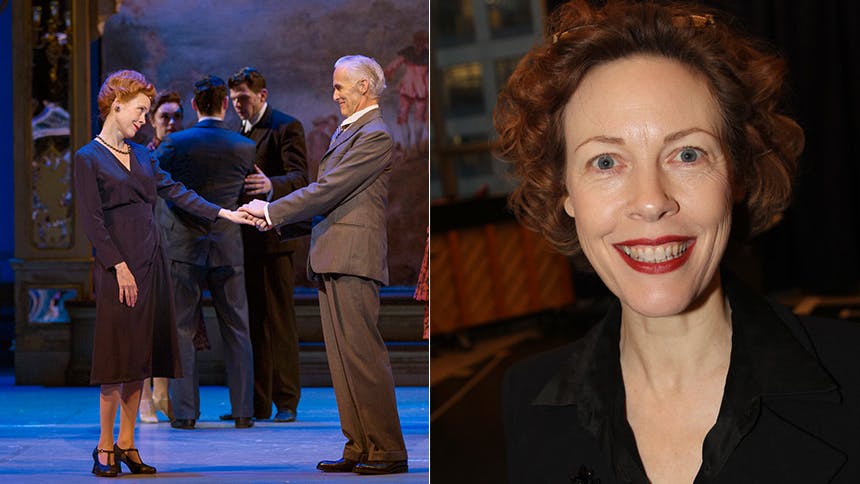 
“Good Morning” from Singin' in the Rain. That has to be my favorite because it seems like they were actually doing the dance in one take, and it made it the most exciting thing I’ve ever seen on film. And the American in Paris ballet is ageless and timeless. That ballet creates mystery and things that have never existed then or now or a 100 years in the future. And I’ll tell you, our musical has such incredible storytelling, it’s like Shakespeare and Chekhov but utilizing movement. 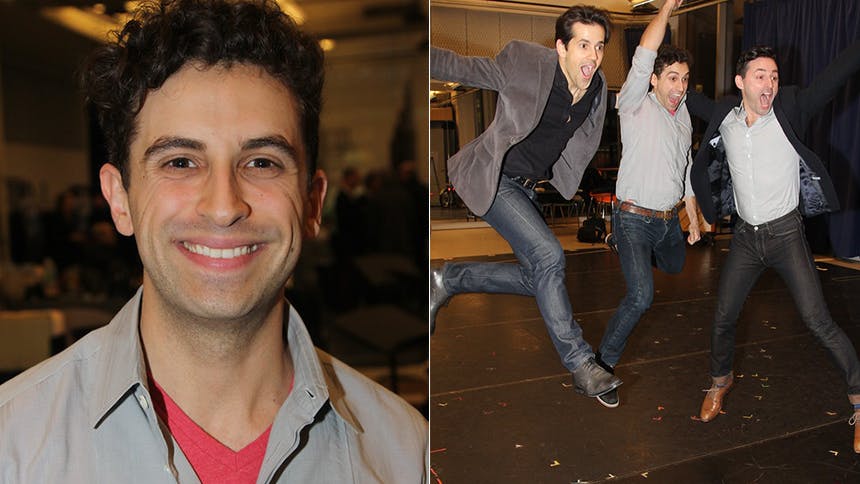 
It sounds so cheesy and predictable but the final ballet of An American in Paris was groundbreaking. No one had seen ballet in that context. I don't know if I’ve necessarily gone to YouTube to watch on a whim, but it is that one thing that really sticks out as revolutionary in the world of the musical; it opened the door to adaptations like this and shows like Contact. 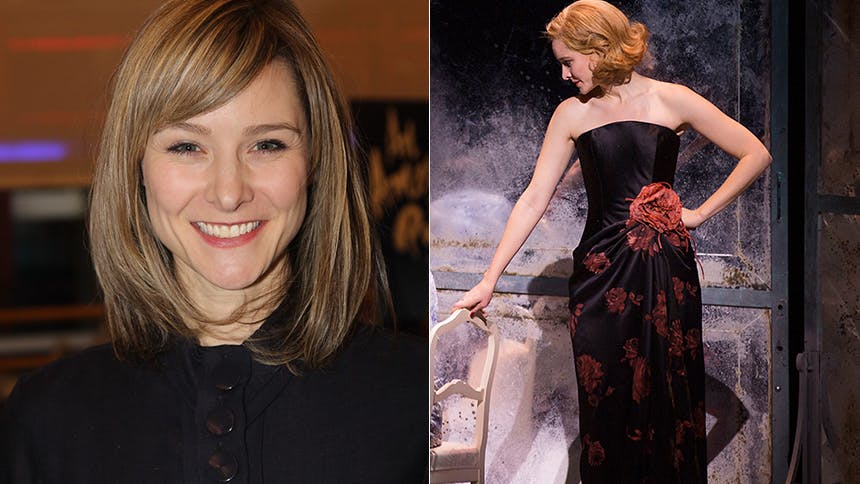 
I love the dream ballet from Oklahoma! It was one of my earliest exposures to musical theatre, and that ballet and its storytelling I found so compelling and interesting. 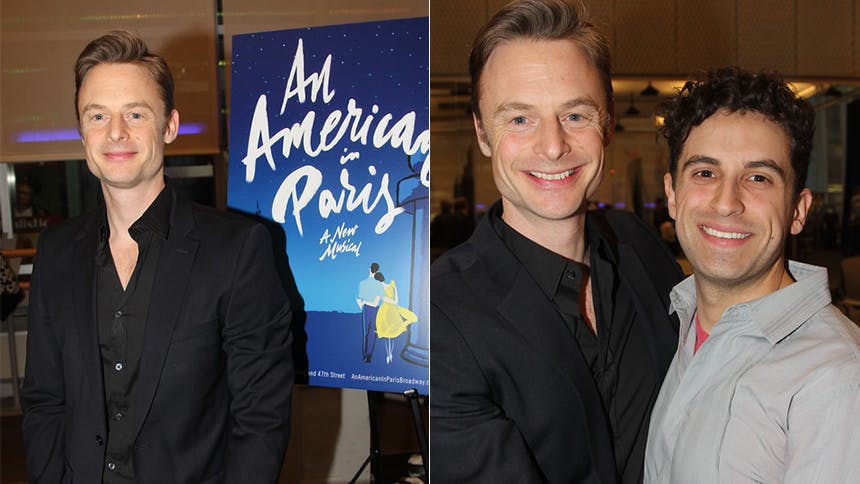 
That’s not fair to ask a choreographer! I don’t know if I can pick. I’ve always loved the American in Paris ballet but I love “Moses Supposes” from Singin' in the Rain. I think the combination of Donald O’Connor and Gene Kelly—the synchronicity yet their individual personalities—and the complexity of the tap in the number. It’s maybe the number I’ve watched over and over and over again. 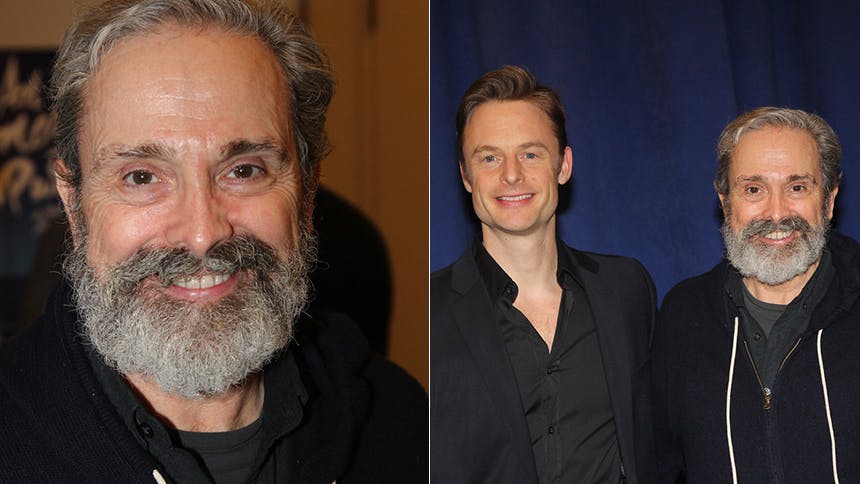 
I’m going to make a terrible confession, I like the deconstructed musicals that came after the Golden Age. I think the greatest Hollywood musical ever made is Bob Fosse’s Cabaret. There isn't a sequence in it that isn’t impeccably shaped. He was one of the great auteurs of our time, and I don't know if he gets credit for transforming cinema. 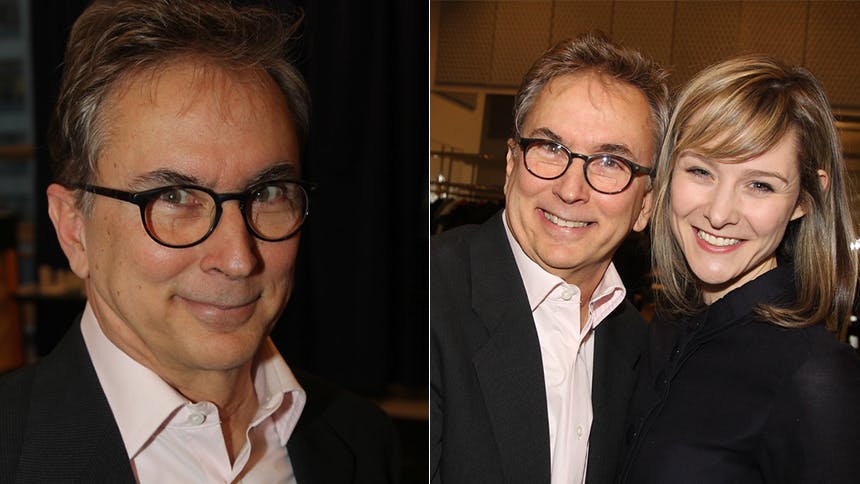 
I know if I saw “Broadway Melody” that would make me happy. Just the lavishness of the production, it’s something that couldn't be done on a stage so it’s jealously.


Let dance be the language of love at An American in Paris, beginning at the Palace Theatre on March 13.

An American in Paris
Best Priced Tickets
Newer
Photo & Video Roundup! Get In On All The Fun From Jeremy Hays' Phantom of the Opera Take Over
Older
No Valentine? No Problem! Indulge in Elyssa Renee Ramirez’s Unlucky in Love Broadway Playlist