See How Zach Adkins Spends a Two-Show Day at Diana, the New Musical on Broadway 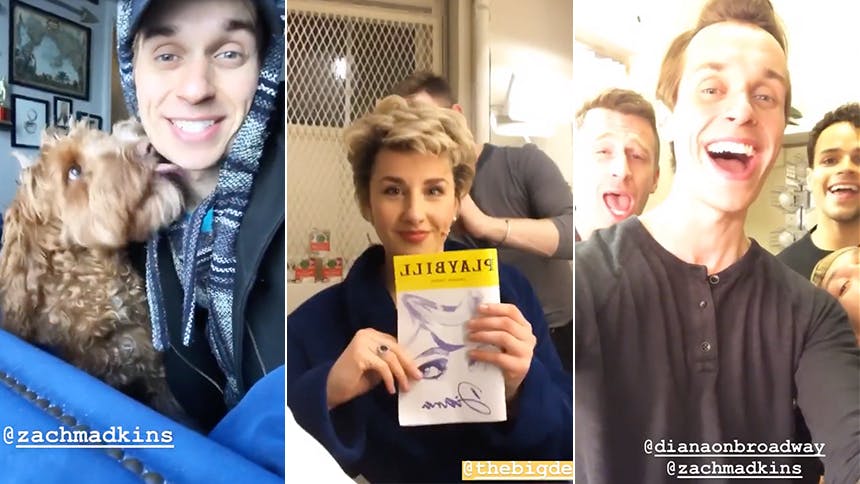 After wowing audiences in the musical Anastasia, Zach Adkins is back on Broadway as Andrew Parker Bowles and others in another princess tale, Diana

. Brought to you by the Tony Award-winning team behind Memphis, this new Broadway bio-musical looks at the life of Princess Diana and her marriage to Prince Charles (which, of course, then includes Camilla and Andrew Parker Bowles). Diana just began previews on Broadway and will officially open on March 31.


On Saturday, March 7, 2020, Zach took over the BroadwayBox Instagram and brought followers along for his very first two-show Saturday at the Longacre Theatre. Check out the recap video below to see Zach and his adorable pup, Moose, get to know the company of Diana, and much more.


Don't miss Zach Adkins and co. in Diana, now playing at Broadway's Longacre Theatre, and check out his debut EP, January to June.