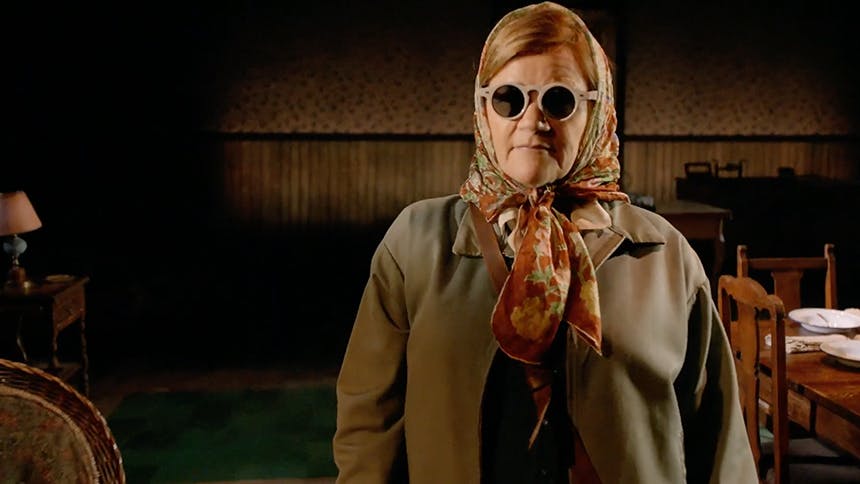 Tonight, the Broadway transfer of the Olivier-nominated Bob Dylan musical Girl From The North Country

officially opens on Broadway. The New York production began downtown at The Public Theater, and now the intimate, artful musical is at Broadway’s Belasco Theatre, transporting audiences with its intoxicating music and dynamic performances.


Leading the production, and giving a standout performance, is Emmy Award winner and Tony & Oscar nominee Mare Winningham. She plays Elizabeth Laine, a woman suffering from a form of dementia in 1930s Minnesota. Her performance is worth the price of admission—so, naturally, we’re obsessed. So much so that we had to immortalize this moment from the show’s montage above. Mare is serving it here—it’s a mix of Peggy Olson carrying her boxes in Mad Men and Mama Joyce snooping on Phaedra in The Real Housewives of Atlanta. Please, integrate the GIF into your daily use as you see fit.

Now look at the GIF while listening to the Broadway company performing “Slow Train Coming” (but also, check out that video and the magic of Austin Scott).