Six Videos From the Week That Will Make You Shout, “Praise!” 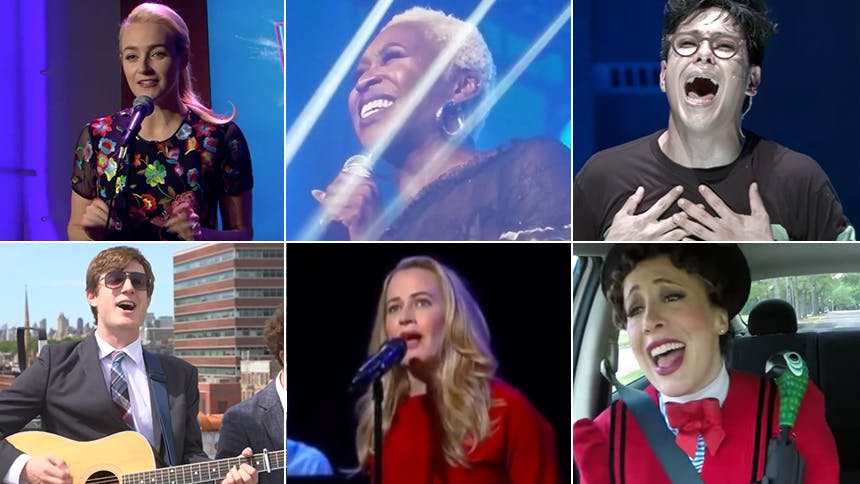 Summer in the city and singers are not holding anything back—not today.

Scroll on to catch up on six recent videos of Broadway favorites melting faces with the vocals—Also, obvi assuming you already watched our own AMAZING videos from the week with Ramin Karimloo and Lesli Margherita.


Ultimate 🙌 🙌 moment: You have never heard Waitress sound like it does with its new leading lady, Betsy Wolfe. When she goes from the 3:00 minute mark to the end, it’s absolute perfection. She soars. I love that she isn't going basic and doing "She Used to Be Mine" but rather making "What Baking Can Do" her big, belty number.


Ultimate 🙌 🙌 moment: If you are not on the Salazar train after his string of scene-stealing performances (Tick, Tick…BOOM, Be More Chill, The Lightning Thief), I can’t help you because I’m currently conducting that train. This incredibly performed Joe Iconis number finally got the music video it has long deserved, and it’s going to be on repeat. Come on! It begins with that “I’m” at 1:30 and then I’m practically dead after the buildup that begins at the 3:00. He should be in every musical moving forward.

But listen to 4:20 in this video because he's incredible.


Ultimate 🙌 🙌 moment: I feel safe saying I will never tire of Mamie’s “Memory”. How can you not live your best life when the Cats star gets to 2:30?

The Playbillies Perform Some Howdy, Dolly!


Ultimate 🙌 🙌 moment: I LOVE the Playbillies country arrangement of “Put On Your Sunday Clothes”! Tell me you’re not smiling from 1:20-140.


Ultimate 🙌 🙌 moment: When Mary Poppins stars Alice Sherman and Bret Shuford in character as Mary and Bert sing “Umbrella” at 1:20, I slow clapped it out at my desk.

Eagerly Awaiting a Cynthia Erivo Sings The Beatles Album Like….


Ultimate 🙌 🙌 moment: The Tony winner sang The Beatles classic at the Russell Simmons Art for Life and it’s everything you want and more. The whole thing is a praise hang, so just watch through.