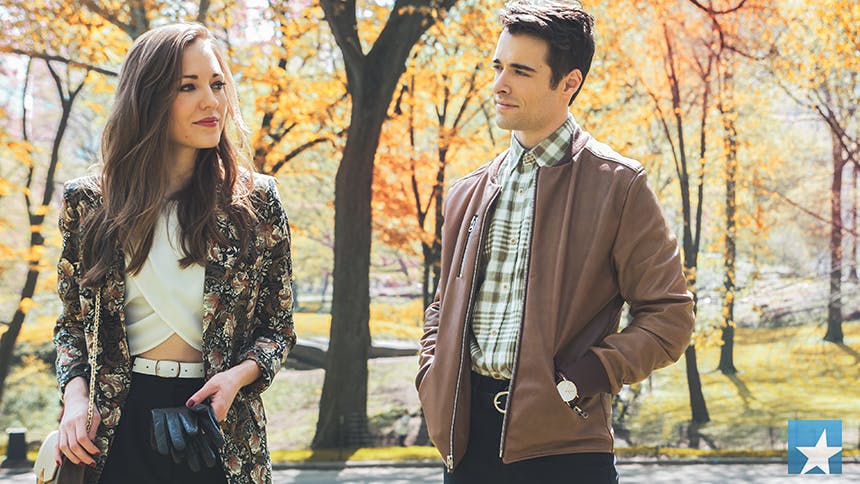 Photographer Jenny Anderson and the incredible stylists Kayla Foster of TriStyle & Julianna Alabado team up with BroadwayBox to present a new photo series in which the breakout stars from Broadway's spring season serve up a modern take on some iconic New York film characters. The final photos in the series star Bandstand 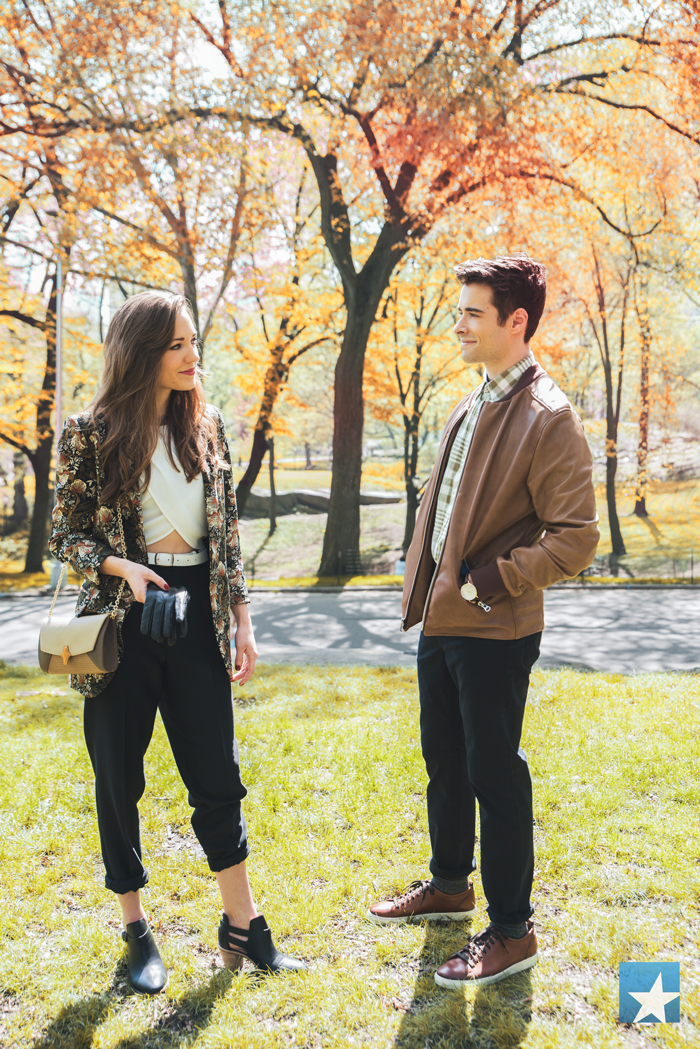 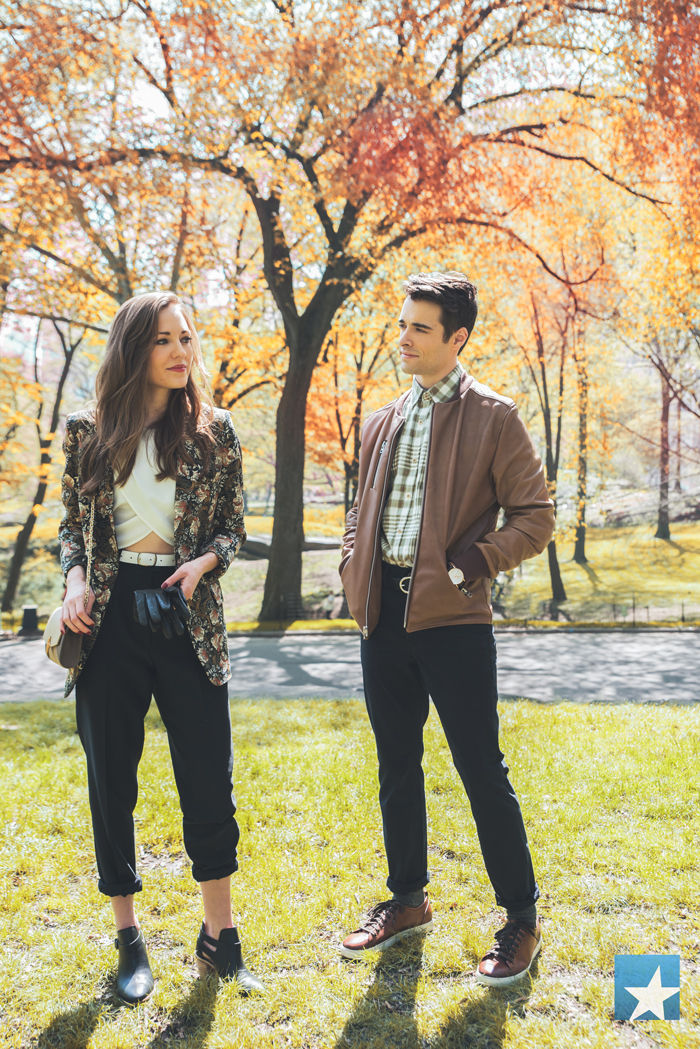 What was your first New York City apartment like?

Laura:
I was spoiled with my first New York apartment. I lived in a high-rise building on 42nd Street, the 30th floor, and we had a beautiful view of Southern Manhattan. We could see the Empire State Building and the State of Liberty all the way down. Brand new building, full length windows, laundry in the building and continental breakfast! We were very spoiled. It made the transition from Minnesota to New York very easy—the Grease theatre was only five blocks away. But we were ready for a neighborhood after that year. We found a beautiful apartment close to the park, and we’ve been there ever since.

Corey:
My first New York apartment was a sublet at 102 and Central Park West. I was living with two or three other people, and my bedroom was a fake bedroom—the walls were not part of the original apartment. I paid like $900 a month, which to me at the time was astronomically expensive because I had paid like $450 at college in Pittsburgh. Now I’m like, “Oh, I miss that rent!”

When you were growing up what film or TV show did you watch where you thought, “That’s life in New York!”?

Laura:
Center Stage. I remember when I worked at Lincoln Center for South Pacific passing it thinking, “This is the fountain from Center Stage!” I loved that movie so much.

Corey:
Definitely Home Alone 2. It was the most influential. The first time I came here I just wanted to go to FAO Schwarz. Then I wanted to go to The Plaza and have ice cream and pizza. One time I took my wife there on a date for Valentine’s Day, and it was amazing.

What was the first Broadway show you saw?

Laura:
Contact at Lincoln Center. I came on a high school field trip and we saw five shows and Contact was the first one.

Corey:
Wicked when I was in 9th grade. I am pretty sure I saw Megan Hilty’s very first show. She was absolutely incredible. Then I went to Carnegie Mellon and we had the same teachers, and we’ve sang together since. It’s very bizarre ‘cause I’m like, “You were my first Glinda!”

Laura:
My deck. Part of the reason we’ve stayed in our current apartment for nine years is that we have this big deck off the back that feels like an oasis away from the city. We are out there all the time in the summer. It’s our happy place.

Corey:
My apartment now has this awesome roof deck with a ton of space and a grill. I love going up there early in the mornings with coffee or a book or just to sit and mediate or pray. Just to have the time to myself that is quiet and peaceful. At the same time, I love having big groups up there for barbeques. 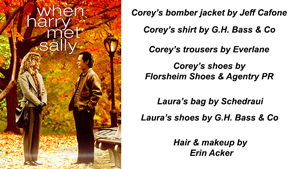