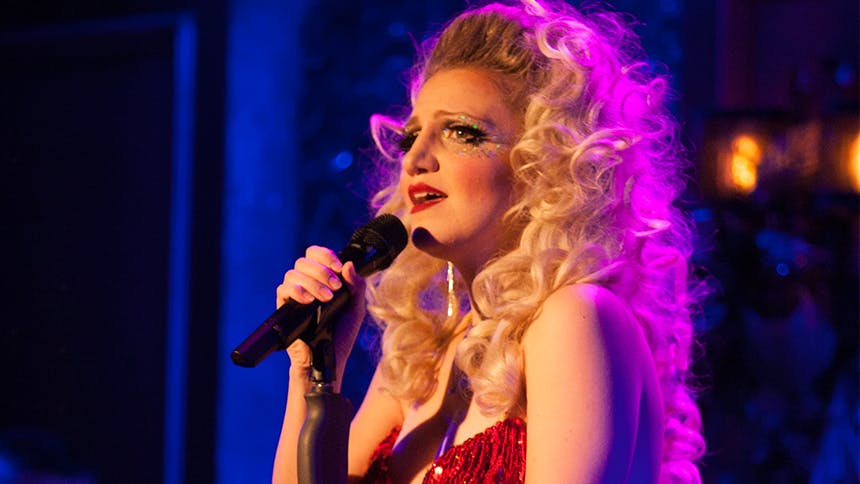 For New Yorkers in the know, there’s only one place to ring in 2020, and that’s below the iconic Studio 54 with Tony Award winner Annaleigh Ashford (Sunday in the Park with George, You Can’t Take It With You, Kinky Boots, Sylvia, Legally Blonde). The singular comedian and star takes the stage at Feinstein’s/54 Below for a fabulous New Year’s Eve concert promising a little glam rock, glitter, gay magic, and some singalongs. This is the way to kick off the new roaring '20s.


BroadwayBox recently caught up with the newest celebrity ambassador for WW—Weight Watchers Reimagined—to talk about healthy choices in the new year, the power of the WW app, her NYE show, and her dream revival.

1. As New Year's approaches and a new decade, for so many of us health and weight loss is a top priority. Tell me about the tools you use to make healthy decisions?
The WW app is single handedly my favorite tool for healthy choices. It has been for years. The barcode scanner was a game changer when it entered the equation. Not only does the app help me keep track of my SmartPoints but it also helps me keep track of my activity. Health and wellness is not just about how you feel after a meal, it’s also about how you feel after you run up a flight of stairs. If I’m totally winded and feel like puking after I run up a flight of stairs, I know it’s time to start tracking my activity and go to a class. I also love the WW app’s new mindfulness posts and partnership with Headspace. Stress is like poison for our bodies and minds.
What’s your go-to healthy meal?
My go to healthy meal is two eggs sunny side up on mixed greens with a dollop of olive oil, squeeze of lime and a pinch of sea salt. Protein, veggies, and healthy fat that keeps me full for hours and clocks in at 5 points. Boom!

2. If you could have any performer whom you admire (dead or alive) join you onstage at 54 Below for your New Year’s Eve show, who would you choose and why?
Carol Channing because she was a ray of sunshine and a consummate professional. And she was hilarious and magical.
What song would you both sing?
I would sit at her feet and watch her sing “Before The Parade Passes By”.

3. You’ve had an incredible decade onstage and onscreen. Which of your roles this decade scared you the most at first and how did you overcome it?
All of them in one way or the other but playing the dog Sylvia in Sylvia was overwhelming at first because I was playing…a dog. I did tons of research and made up my own physical language. Lots of dog training, dog behavior books, and weird experimentations in front of a mirror helped me find my inner poodle/collie mix.


4. What’s your dream revival for next decade?
I would love to play Sweet Charity someday. I want to dance in a show before the end of the next decade because my knees and hips have an expiration date. Okay!

5. Where do you keep your Tony Award?
It’s on my bookshelf next to a unicorn…because it’s magical.


Ring in the New Year with Annaleigh Ashford at Feinstein’s/54 Below on December 31, 2019.