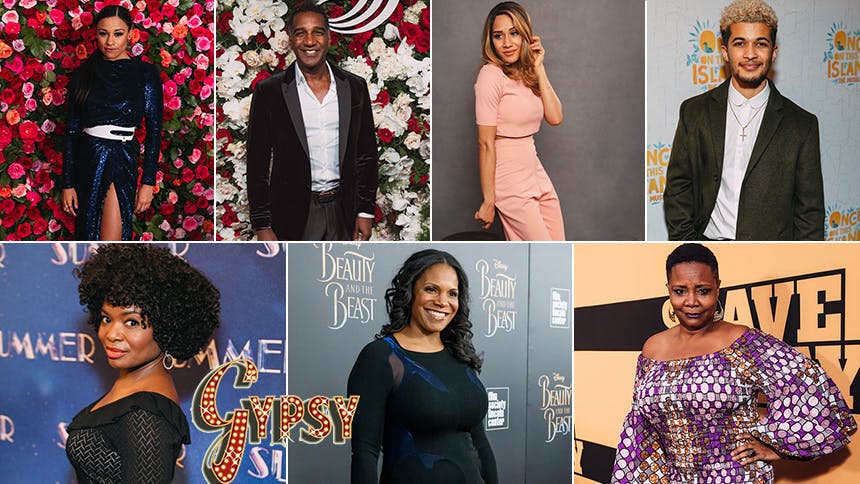 
This Black History Month, BroadwayBox shines a spotlight on the incredible talent of African American performers working on Broadway today by reimagining revivals in the tradition of Pearl Bailey’s Dolly (and the recent hit West End production of Death of a Salesman). In most big revivals on Broadway today, maybe one principal character is played by a black actor, but these dream revivals feature casts of black Tony Award winners, nominees, and breakout stars. We kicked off with our dream Follies, and now we pivot to Arthur Laurents, Jule Styne, & Sondheim's musical masterpiece Gypsy.


This is a choose your own adventure. It’s impossible to pick. Each of these Tony Award winners should have the opportunity to show us their Rose, and each has an amazing Rose in them. We want LaChanze’s “Some People”, Audra’s “Eveything’s Coming Up Roses” and Tonya’s “Rose’s Turn”. We got three Dolly Levis last revival—we’ll take three Roses.


This Tony nominee is the Herbie that goes with everything. Any of those Roses above could have Norm Lewis as her adoring Herbie. And just imagine how heartbreaking Norm would be in that last Herbie/Rose scene in the dressing room.


To go from tomboy Louise to the queen of burlesque Miss Gypsy Rose Lee, it has to be Tony nominee Ariana DeBose. Hot off her breakout role in the new West Side Story movie, she comes back to Broadway to entertain us as Gypsy.


Joanna Jones has been blowing Hamilton audiences away since she took over the role of Peggy Schuyler/Maria Reynolds on Broadway. Her “Say No to This" gives you goosebumps, and she proved she’s quite the fierce actress as well, starring in MCC’s School Girls; Or, the African Mean Girls Play. Imagine her voice belting “Broadway” to the farmboys and Caroline the cow, or what her “If Momma Was Married” would be like?!


The Dear Evan Hansen headliner has the good looks to make you believe he’d steal the hearts of both June and Louise; he has a voice that doesn’t quit; and he can dance the hell out of “All I Need is the Girl” (as his Dancing with the Stars win would attest).


No one is going to sell these Tessie Tura book scenes like Tony Award winner Adriane Lenox. She could very well be the first Tony-nominated Tessie.


If you’re gonna bump it, get Broadway’s original Tony Award-winning Dreamgirl behind that trumpet.


To round out this showstopping trio, we’d want to see Rema Webb twinkle! Her voice has stopped many a show (The Color Purple, Violet, A New Brain, Unmasked), and she’s truly funny—she gets laughs just off her facial reactions. This is a “Gimmick” trio for the books.