"It Started Out Like A Song!' 7 of "Gussie's Opening Number"s from Sondheim/Furth's Merrily We Roll Along 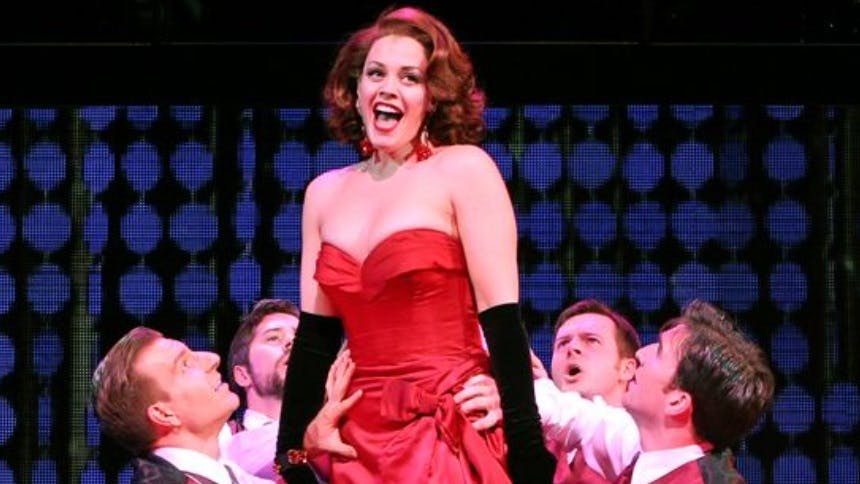 Michele Pawk, the Tony winning actress for her role in the 2002 play Hollywood Arms is celebrating a birthday on November 16. Michele originated the role of Irene in Crazy For You, Fraulein Kost in the iconic 1998 revival of Cabaret, Mayzie LaBird in Seussical and stepping into the shoes of Mama Morton in Chicago, Genie Klein in Beautiful The Carole King Musical and Donna Sheridan in Mamma Mia!

We went on a bit of a deep dive spiral this afternoon. One of our favorite cast album moments of Michele's (aside from her fabulous turn in Michael John LaChiusa's musical Hello Again - her "Mistress of the Senator" is phenomenal) is her role as Gussie in the 1994 York Theatre Off-Broadway revival of Stephen Sondheim and George Furth's musical Merrily We Roll Along. The character of Gussie Carnegie has the great fortune of singing the "Act Two Opening" in the show also known as "Gussie's Opening Number." Gussie, the object of composer Franklin Shepard's affection belts a tune in he and Charley's new fictional Broadway musical Musical Husbands. It is a Broadway belter's dream tune.

We've rounded up 7 of our favorite opening Act Two numbers so you can merrily enjoy your afternoon!