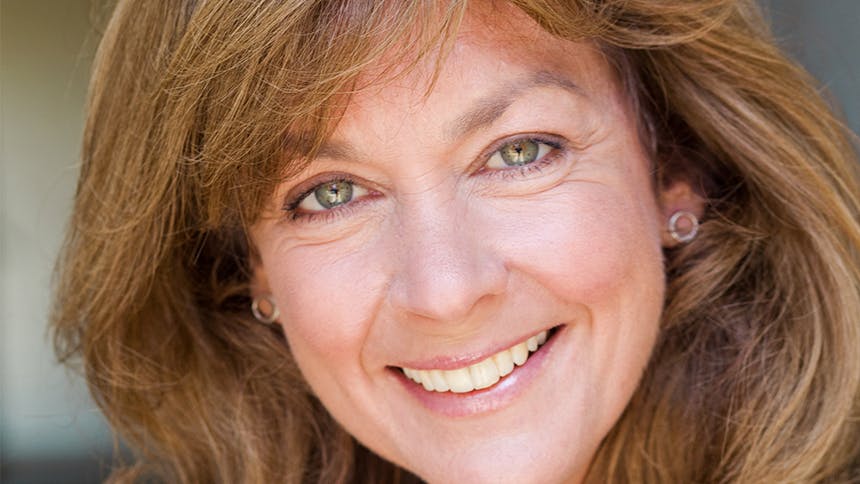 Michele Pawk originated the role of Fraulein Kost in the Tony-winning revival of Cabaret, Mayzie LaBird in Seussical, Irene Roth in Crazy For You and Louise in Hollywood Arms (2003 Tony Award for Best Featured Actress in a Play). Now, Michele co-stars opposite Brooklyn Nine-Nine Emmy winner Andre Braugher in Tell Them I’m Still Young

, a drama about a professor and a poet whose marriage is shaken when tragedy strikes. The show runs at the South Orange Performing Arts Center in New Jersey from January 24 through February 3. BroadwayBox caught up with the Tony winner to discuss the new play, behind-the-scenes stories from Cabaret and The Golden Girls, and advice she'd give to actresses doing Seussical.


1. What was it about the writing of this piece and this character that attracted you to Tell Them I’m Still Young?
Julia Doolittle, the playwright of Tell Them I’m Still Young, somehow captured the raw and honest emotional journey of an older couple (the extraordinary Andre Braugher and myself) trying to find one another again after suffering a tragic loss. And I say, “somehow,” because Julia is a delicious toddler. Her writing has a depth and sophistication beyond her years. I am thoroughly enthralled by her complex view of relationships, identity, addiction, and love.

2. Where do you keep your Tony Award?
My Tony Award lives on a shelf in our “Maplewood” room. It sits alongside the trophy given to me by my husband [John Dossett] for catching a foul ball at Wrigley Field.

3. What is your most cherish memory of opening that now iconic, Tony-winning Cabaret revival in 1998?
I have so many amazing memories from my Cabaret experience! First of all, it was an honor to be a part of something that felt so important, and the entire company was extraordinary.  We were a very tight group and created rituals backstage all throughout the show. One of my most cherished memories is how Ron Rifkin, a couple of crew guys, and I did push-ups nightly backstage in rhythm while Tasha poured her heart out onstage singing “Maybe This Time.” I like to think of it as the John Kander workout! You, too, can try this at home...

4. Seussical is one of the most produced musicals in American high schools. What do you want young ladies playing Mayzie LaBird to know about her? What advice would you give them about her?
I love Mayzie!! I would tell young women to know that her heart is big and that she always thinks she is doing the right thing. Her capacity to think farther than a few minutes into the future is somewhat limited. So, with that, live large and have a blast! Anything goes with Mayzie! She’s definitely a good time girl!

5. The Golden Girls remains as popular as ever among young people who discover it through streaming on Hulu. What do you remember most about filming your guest spot as Mary Ellen, the leader of Rose’s positivity group?
My week spent with those four comedic goddesses was one master class after the next for me. I was truly a kid in a candy store! The particular week that I was working, Bea and Rue were not speaking, so there was a whole bunch of, “Can you tell the woman at the end of the table to share the pencils?” “Well, can you tell the woman at that end of the table...” I’m certain that was a “moment” as their friendship was long and legendary.  And Betty White was the kindest and funniest woman! What a week for me!