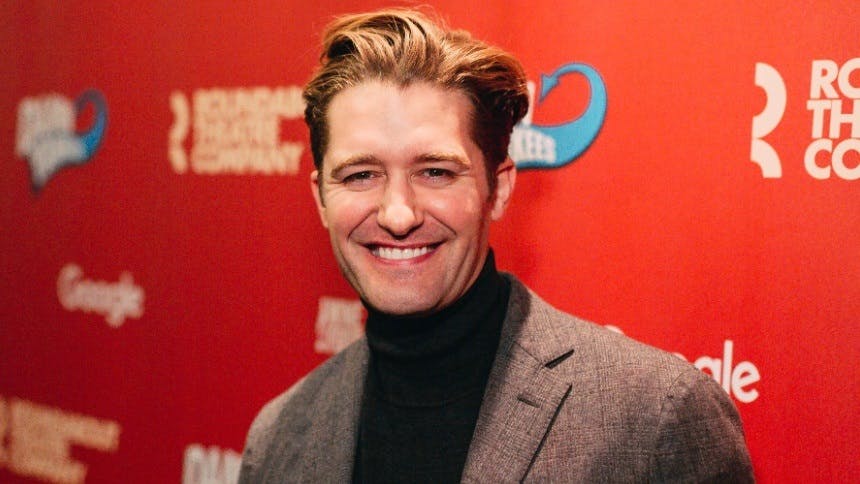 
Ulterior Motives: You're a mean one, Mr. Morrison (but only when you step into the Grinch's shoes)! This holiday season, Matthew Morrison will lead the cast of a new television musical Dr. Seuss' The Grinch Musical to air on at 8pm EST December 9th on NBC, the home of recent live musicals The Sound of Music starring Carrie Underwood, Peter Pan starring Allison Williams, The Wiz and Hairspray both with too many all-stars to name and Jesus Christ Superstar starring John Legend, Sara Bareilles and Brandon Victor Dixon. Matthew will be joined by fellow Broadway vet Take Me Out's Tony Award winner Denis O'Hare in this Who-nderful musical which appeared on Broadway in 2006 and 2007. This special musical will be filmed across the pond at London's Troubadour Theatre.

Ultimate 🙌 🙌 moment: Celebrating Christmas early!? Why not! Matthew performed the Hawaiian Christmas tune wishing the Christmas in Washington audience a Merry Christmas! He plays the ukelele! We love when he starts throwing some dance moves in at 2:25. What a fabulous arrangement. The jazz note at the end (2:15 - 2:20) is gorgeous too!