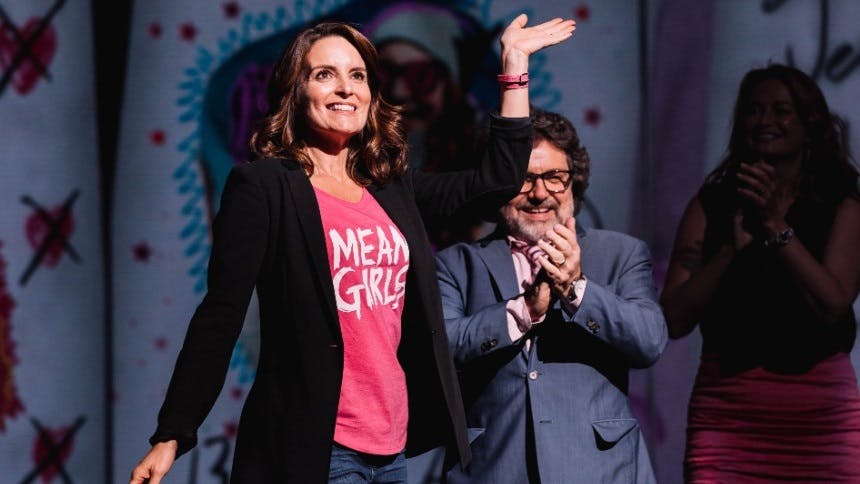 
Ulterior Motives: Thursday, December 10th at 8pm EST - Broadway fans will want to stay close to their televisions and tune in to NBC! Nine time Emmy Award winner Ms. Tina Fey, one of the Peacock network's shining stars and Tony Award nominated book writer for the fetch Broadway musical Mean Girls will be hosting a primetime Broadway benefit special One Night Only: The Best of Broadway fundraising for Broadway Cares/Equity Fights AIDS. Familiar faces like Annaleigh Ashford, Billy Porter, John Stamos, Vanessa Williams - over 20 stars who have made a name for themselves on the small screen too will appear in the star-studded special plus performances by Kelly Clarkson, Brett Eldredge and Patti LaBelle. One Night Only: The Best of Broadway will of course have a heaping healthy of theatrical flair from the companies of Ain't Too Proud, Chicago, Diana, Jagged Little Pill, Jersey Boys, Mean Girls, Rent and an appearance from the cast of Harry Potter and the Cursed Child.

Ultimate 🙌 🙌 moment: A barrel rolling Regina George? A few weeks following Mean Girls' opening night, Tina Fey returned home to Saturday Night Live to host their 43rd Season Finale. How fabulous to see the show's Broadway company all together for this sketch! Casey Nicholaw put on his performing hat again for this sketch which was marvelous. Our ultimate moment is definitely Tina's reimagining of Regina George's showstopping entrance at 1:39 - 1:45. There's also a certain surprise guest you can't miss who adds their own theatrical flair to the sketch.