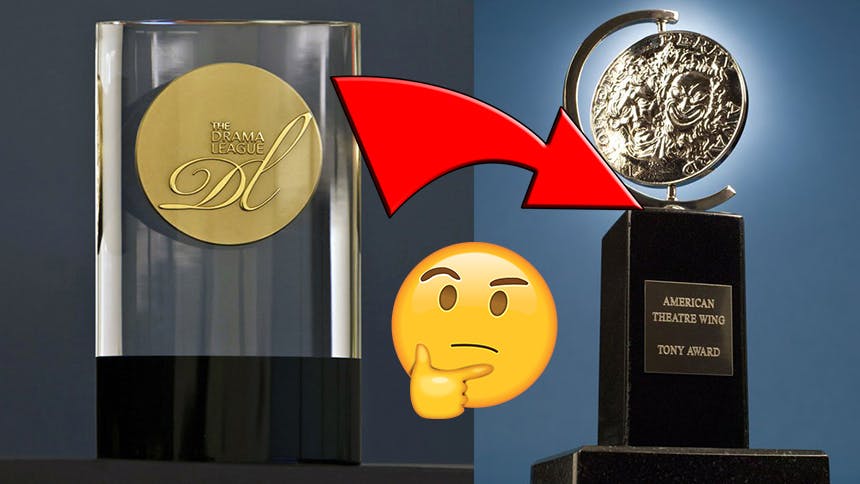 Dear Evan Hansen star Ben Platt made history on Friday when, at age 23, he became the youngest performer to win the Drama League Distinguished Performance Award. It’s the oldest and most exclusive theatrical honor in North America and it's awarded to a single performer from over sixty nominees from the Broadway and Off-Broadway season.

The Hamilton creator sure took home some Tony Awards in 2016, but Best Actor in a Musical went to co-star Leslie Odom Jr for his performance as Aaron Burr.

The stage icon didn’t take home a third Tony Award, but instead Kelli O’Hara took home her first for The King and I.

2014: Neil Patrick Harris (Hedwig in Hedwig and the Angry Inch) 😀


Yup, the How I Met Your Mother star snatched wigs and a Tony for his Hedwig.

Nathan’s incredible performance was recognized by the Dram League, but the Tony that year went to Tracy Letts for his performance as George in the revival of Who’s Afraid of Virginia Woolf?


Girl, she won it all for Bess—that legit voice, that dress, blowing fake coke off the stage of the Richard Rodgers. How could you resist?!


The Oscar-winning Brit won his second of three Tony Awards for this epic, disturbing stage performance.

Alfred Molina lost the Tony that year to Denzel Washington, who picked up the award for his performance in Fences.


Geoffrey took home Tony and the Drama League for this tour-de-force.

Live has a Tony Award but not for Talk Radio. That year, he lost to Frost/Nixon star Frank Langella.


This one is tricky. She won for the off- Broadway run and won the Tony a year later for the Broadway transfer. In 2006, The Color Purple star LaChanze won the Tony for Best Actress in a Musical.


That year Norbert took home some great big stuff: A Tony and a Drama League Award.


They don’t call it the Hugh Jackman effect for nothing. For The Boy From Oz, Jackman swept the awards and packed the houses.


Harvey picked up his fourth Tony Award for his history-making performance as the Baltimore mom in Hairspray.

2001: Mary-Louise Parker (Catherine in Proof) and Gary Sinise (Randle P. McMurphy in One Flew Over the Cuckoo’s Nest) 😐


This one is interesting. It was a tie and only one won the Tony Award that year. Ms. Parker took home a Tony for Proof but Sinise lost to Richard Easton (The Invention of Love). Also, this is the last time a woman won for her work in a play.

The show never moved to Broadway and Eileen Heckart passed away the following year. The Tony in 2000 went to Jennifer Ehle for The Real Thing.

The original production of Wit never made it to Broadway (insane!) so Judi Dench won the Tony for Amy’s View.

Crazy year! Not only was it a tie, but when it came time for Tony Awards, Bebe won the Tony and Charles Durning wasn't even nominated. In 1997, Christopher Plummer won for Barrymore.

The famed actress didn’t win a Tony that year because the play didn’t transfer. Zoe Caldwell won in ’96 for Master Class.


Cherry won her first Tony Award for this performance that year.

Sam Waterston lost the Tony in ’94 to Stephen Spinella, who won for his performance as Prior Walter in Angels in America: Perestroika.

Another Angels in America star beat Stephen Rea in 1993. That year Ron Leibman won for his Roy Cohn.

The Sunset Boulevard headliner won her second of three Tony Awards in 1992 for this play.


Though she will be forever linked with the role (thanks to her Oscar-nominated star turn in the film adaptation), Stockard lost the Tony that year to Mercedes Ruehl and her performance as Bella Kurnitz in Lost in Yonkers.


The Mad Men star won his first Tony for How to Succeed and his second for Tru.