Doreen Montalvo Talks On Your Feet!, DJ Lin-Manuel Miranda, & Living the Dream in the Zen Den 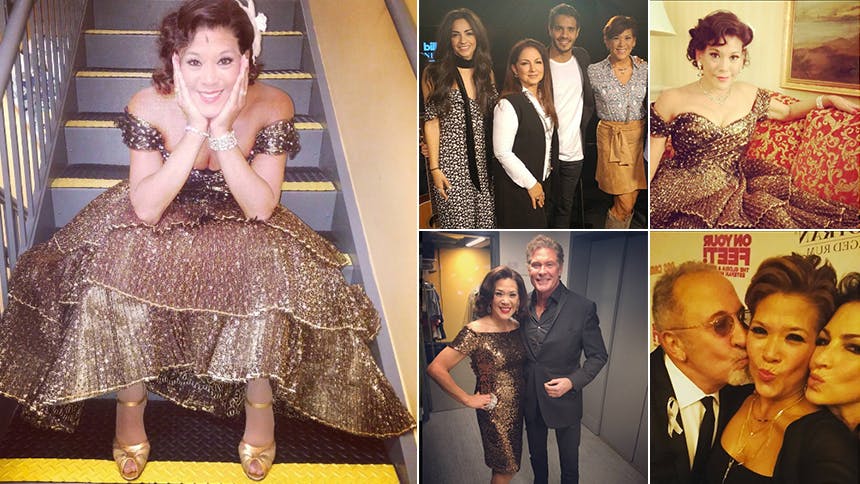 Drama Desk winner Doreen Montalvo made her Broadway debut as the Bolero Singer in the Tony-winning musical In The Heights. She went on to co-star in the musical adaptations of Giant and Flashdance. Now she stars as Gloria Estefan's no-nonsense mother Gloria Fajardo in the hit Broadway musical On Your Feet!

—her big number "Mi Terra" is a total showstopper. BroadwayBox caught up the actress and singer to talk about the OYF experience, her debut album American Soul/Latin Heart, and cherished In the Heights memories.

1. How do you balance putting a personal stamp on a real-life person? Any advice from Gloria or Emilio Estefan about who she is?
All people have a goodness in them, and even when they are strict it all comes from the heart. My mother was very much like Gloria Fajardo—she wanted me to keep performing as a hobby and get a "real" job. I try to find the reasons for their actions and then apply what's in my heart. Also, because she is still living, I've had a chance to see the real GF in action on video as "Rapuela". And some personal videos...she is a fire cracker and adores her family.


2. What would you say is the staple of your Gloria?
My Gloria is based on her love and desire to protect her children. And guide them to a respectable life. 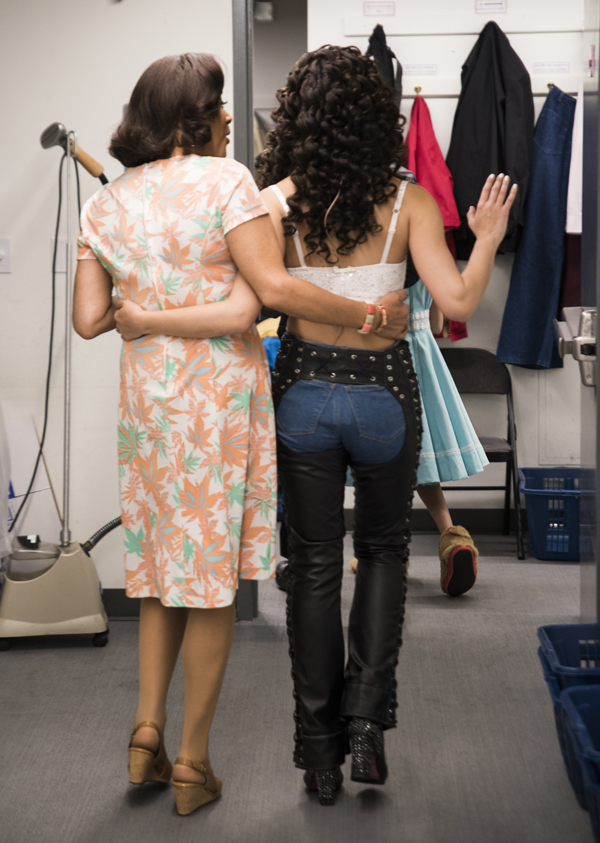 3. How does it feel to perform “Mi Tierra” on a Broadway stage?
“Mi Tierra”is an amazing musical number...For me it’s like living every possible Broadway dream. I get to sing this powerful song & dance with some of the best dancers on Broadway...and I get to kiss Eliseo Roman ;) The song is so beautiful—it’s about the love of your country and the pain in your heart to have to leave it.  And the audience gets to be transported back in time!


4. What do you listen to while you get ready for the show? What helps to get you in character?
It’s funny! My dresser calls my room the “Zen Den.” At times, I listen to literally the Deepak station on Pandora radio: Shirley Horn, Sara Bareilles, Eva Cassidy, La Lupe…


5. Can you tell me an In the Heights secret?
There are so many! Lin-Manuel Miranda says I was the first person he auditioned back in 2002 for the first reading. It was a beautiful journey of nine years from beginning of readings to the closing night of Broadway.  My favorite secret is that Lin was the DJ at my wedding party back in 2010. I had asked him to make me a mix of songs for the party as a wedding gift. I had a 32-Gig iPod specially purchased for it and he made me an great party mix but when we arrived at the party...there he was with headphones in the DJ corner mixing the best party music ever. My ITH castmates still talk about that night!


6.  When you were putting together American Soul/Latin Heart, what was the song you knew from the jump HAD to be on it?
“Angel de mi Alma”, which is my Spanish version of “Angel of The Morning”. Back in 2000 my husband asked me to write Spanish lyrics to it.  I loved how it worked out and that was the basis for the concept of the entire album.


7. Gloria Fajardo gave up her dream of being a star. Was there ever a time you thought about giving up? What kept you from it?
This is one of the toughest businesses to be in. You audition on a daily basis, and you are constantly being rejected. I guess it’s my tenacity, determination and faith that prove dreams can be achieved. I made my Broadway debut with In The Heights at the age of 42. It’s never too late to live your dreams. I literally pinch myself every day because I'm blessed to be living my dream. Ever since I was a little girl, it’s all I ever wanted to do. But I did heed my mother's advice and didn't major in theatre. Instead I have a degree in Broadcast Journalism—I figured I could always become a newscaster...at least I've played one on TV.

Don't miss Doreen Montalvo as Gloria Fajardo in On Your Feet! at Broadway's Marquis Theatre.