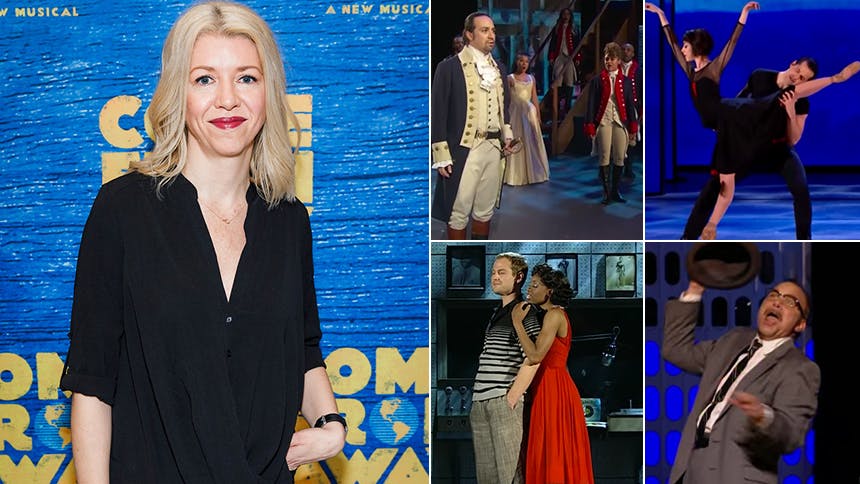 Choreographer Kelly Devine received her second Tony Award nomination this year for making the people of Gander soar in Broadway's hit new musical Come From Away.


Kelly's first Tony nomination came for her work on the musical adaptation of Rocky in 2014. She choreographed the long-running hit Rock of Ages and the short-lived musical Doctor Zhivago. She served as associate choreographer on the Tony-winning musicals Jersey Boys and Memphis. Next, she will choreograph the new musicals Romy and Michele's High School Reunion and Escape to Margaritaville.


What Jerry Mitchell did with Norbert Leo Butz is incredible in that number!


Des McAnuff and Wayne Cilento were ahead of their time. The technical aspects of that performance are awesome.


We were able to use the elevator and rise up out of the floor, and we had Liza!


The sequence from their theater to the sidewalk to the subway to Radio City is spectacular!


Robbie and Leanne dancing together is just dreamy, and so is Christopher Wheeldon.


Susan Stroman's story telling in "Simply Irresistible" with the girl in the yellow dress subtle and perfect.


I think Sergio Trujillo and August Eriksmoen created one of the best dance breaks to date.


There are no words how that number makes me feel watching it.


The dancers are literally flying without wires...... breathtaking!