Hot Clip of the Day: Hailey Kilgore Mesmerizes in Michael Arden Directed Once On This Island 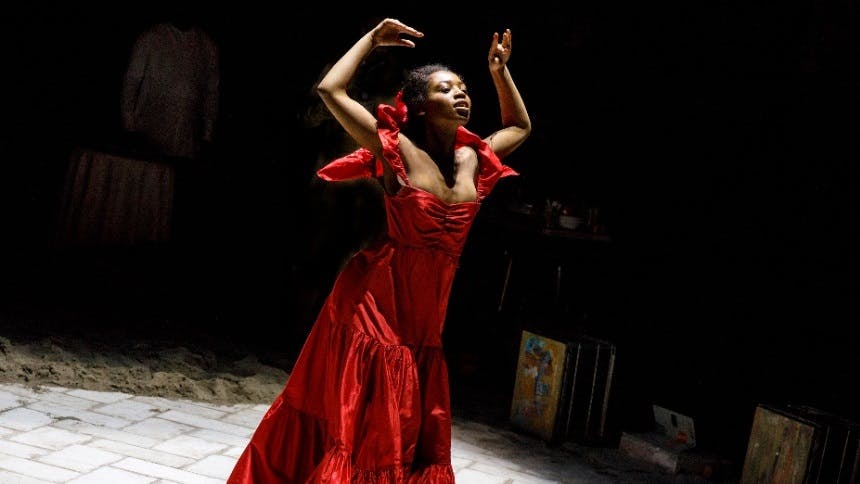 "Mama Will Provide/Waiting For Life" from Once On This Island (Alex Newell, Hailey Kilgore and Original Broadway Revival Cast)

Happy Birthday wishes go out to two-time Tony Award directing nominee Michael Arden. His roots of working with the acclaimed Deaf West Theatre run deep as Michael made his Broadway debut in their Broadway revival of Big River and his full fledged Broadway directorial debut in the Deaf West musical revival of Spring Awakening. As an actor, fans will remember his moving performances as Peter in New York's Off-Broadway premiere of the musical Bare and as Quasimodo in The Hunchback of Notre Dame regionally. Following his Broadway directorial debut with the first revival of Spring Awakening, he gained his second Tony nominated directorial credit with this Tony winning revival of Once On This Island. Ultimate 🙌 🙌 moment: It is before 9am and Alex Newell sounds that fantastic! Our ultimate moment is when Hailey Kilgore as Ti Moune takes center stage at 2:07. Hailey's joy and optimism absolutely bursts off the screen. She also sounds outstanding on her lyric!
Newer
Hot Clip of the Day: Birthday Belle Toni Braxton Sings "A Change In Me" From Disney's Beauty and the Beast
Older
Top 12 "Winner Takes It All" Perfs Revisited From Super Trouper Mamma Mia!
Sign up for BroadwayBox Discount Alerts